Toys created by Czech designers over the past century are on show in London, including inflatable animals, wooden flowers and colourful totems.

More than 50 toys feature in the exhibition Mini Wonders: Czech Toys Past and Present at the Czech Centre Gallery, which opened during London Design Festival.

These range from the mechanical metal toys of Kovap, a former state factory on the Polish border, to inflatable plastic animals by Libuše Niklová, whose work has been displayed at MOMA in New York.

The exhibition includes wood, plastic and metal toys produced between 1920 to the present day – a period that included the dissolution of Czechoslovakia into two separate countries, Slovakia and the Czech Republic, in 1993.

It aims to show how Czechoslovakia and the Czech Republic have consistently produced imaginative and well-crafted toys, by giving an overview of most impressive designs produced, as well as the key players, including Ladislav Sutnar and Libuše Niklová. 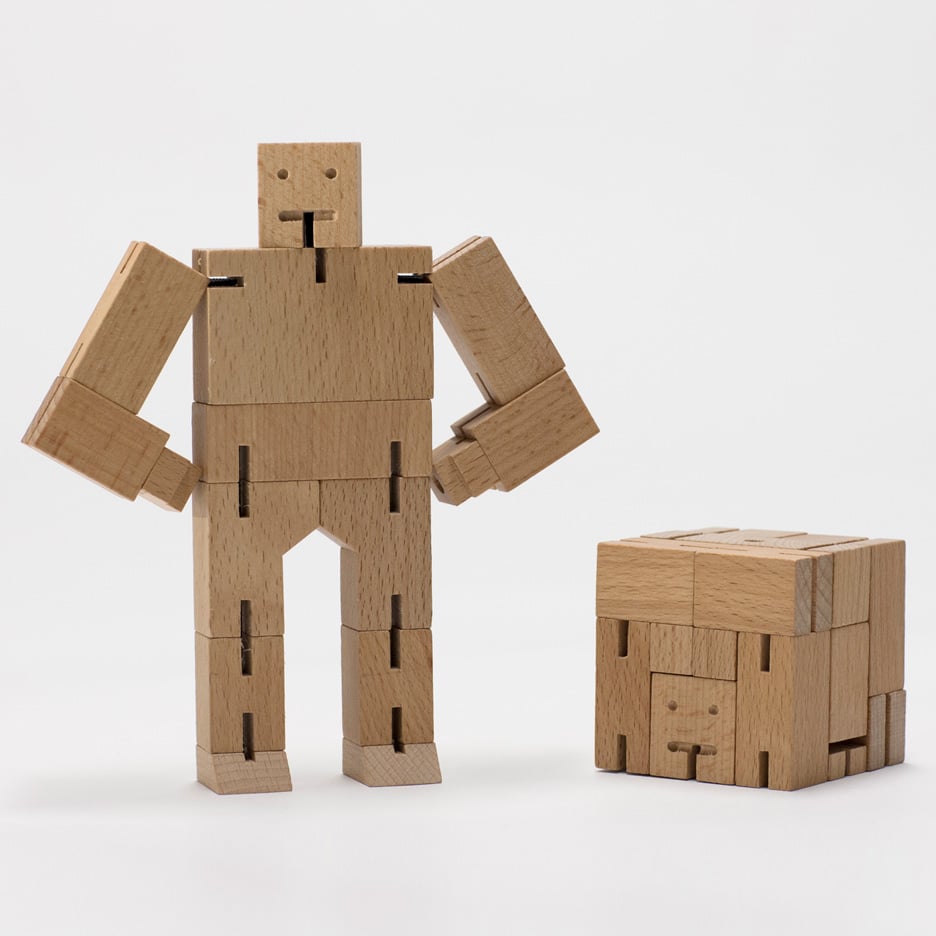 "They are created by the imagination of their authors with the aim of inspiring to play, giving pleasure, developing an imagination, learning how to manipulate objects and telling stories," she continued.

"We often forget them but they are little gems of Czech design."

An inflatable red buffalo, yellow giraffe and blue elephant, all created by Libuse Niklova in 1971, are among the items on display.

"This became known as one of the Czech Republic's groundbreaking designs," said Bruthansova.

The oldest product on show is the Devil Box designed by painter Václav Špála for the Artel cooperative, a Czech craft and furniture workshop, in 1920.

Originally created to be sold in traditional Christmas markets in Prague, the brightly-coloured rabbit is composed of geometric blocks.

The exhibition also showcases a range of recent toy designs to emerge from the country.

Today, the young generation of Czech designers are very attracted to this domain," explained Bruthansova.

The Amaris Horse was launched in 2015 by toy manufacturer Kutulu, which features a white, wooden body and is supported by four red wheels, while Pe-Pa is a wooden bird duo made by the same brand.

Also on show is the Zahumny Collection, a range of totem-like toys by My Dvě, and Adéla, a set of wooden flowers carved from wood by Adéla Fejtková.

The exhibition coincided with the start of London Design Festival, which ran from 15 to 23 September, but remains open until 14 October. All the toys showcased in the exhibition will be available to purchase.

Other noteworthy London Design Festival exhibitions included a showcase of Japanese metalwork and a display of health-focused furniture pieces.