The foods, which include crunchy cracker-like samples made from purple sweet potatoes and rice, are a continuation of the Dutch designer's Upprinting Food project, which she began during her Industrial Design degree at the Eindhoven-based university.

Having previously worked with foods that are commonly wasted in the Netherlands, such as bread, fruits and vegetables, Van Doleweerd's new concepts use some of the most wasted food products in China. They have been produced in cooperation with the 3D Food Company in Beijing.

"In China people eat lots of rice, but also lots of boiled rice is wasted. So I created a printable food paste with rice instead of bread, as well as vegetables and fruit," said Van Doleweerd.

The two concepts include pastes made from rice and from purple sweet potatoes, which can be used to print different designs such as 2D geometric patterns and 3D shapes such as cups.

"I boil the vegetables and fruit peels, dry the bread or use the boiled rice," she explained. "The ingredients are mashed, mixed together, ground and sieved. A smooth paste can be printed and baked afterwards."

After baking, they are totally dehydrated, to make sure that no water remains in the food. "This is so no bacterial activity can take place," said Van Doleweerd. "This way the food is safe to eat and we can save it for a very long period."

Founded by Leandro Rolon and David Doepel, the China-based 3D Food Company has been experimenting with food-based 3D printing since 2015.

In 2016, the team of engineers, designers and food experts developed their own 3D food printer and launched China's first high-end, food customisation platform.

I developed these recipes for Beijing Design Week," Van Doleweerd told Dezeen referring to the two 3D-printed sustainable food concepts that are being presented at the annual show, which runs until 4 October. 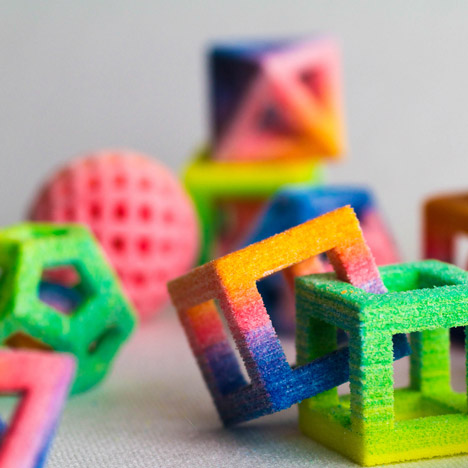 Due to the baking process in this collaboration, the resulting food stuffs have a crunchy texture that makes them taste "a bit like cookies or crackers" according to Van Doleweerd.

"They are made from more then 75 per cent residual food flows, as well as some additional ingredients to make a smooth paste and some spices for flavouring. I created sweet and savoury samples, with different herbs and spices."

Van Doleweerd is trying to make vegan samples by eradicating the butter and egg that is currently included to smooth the paste and make the texture more crunchy. She is also experimenting with several herbs, fruits and vegetables, to create new flavours.

Van Doleweerd began working with 3D-printed food after learning that one third of the food produced worldwide is wasted. She decided to dedicate her final project during her Industrial Design degree to finding ways to make use of this waste.

The most wasted food products in the Netherlands are bread, dairy products, vegetables and fruit. Through the Upprinting Food project, she developed a concept that took these leftovers and turned it into new food stuffs through the use of a 3D food printer.

"In the Netherlands we are wasting lots of bread," said Van Doleweerd. "When bread is old, it is dry and we do not like to eat it anymore. For this reason I started with the development of a food paste with old bread."

Following her experiments with 3D printing using bread paste, van Doleweerd looked at vegetables and fruits which are often wasted such as strangely-shaped carrots and overripe bananas.

"Looking at the growing population, more food is needed in the future, but on the other hand, one third of the food produced is wasted nowadays. With the use of new technologies, I want to explore societal food challenges." 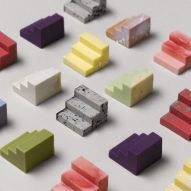 These professionally certified, kitchen-ready 3D food printers were launched with pastry chefs in mind, and could print confectionary in milk chocolate or sugar.