Drawings by seven designers have been transformed into 3D glass works by master glassmaker Massimo Lunardon for an exhibition at London design store Silvera curated by Fabrica.

Curated by Milan-based creative research specialists Fabrica, the exhibition Drawing Glass brings together 14 drawings by seven designers. Each drawing is displayed next to a clear glass object made by master glassmaker Massimo Lunardon based on his interpretation of each of the drawings.

The drawings are drawn without measurements at a scale of 1:1 on paper while the abstract objects are realised in clear tubes of hand-blown glass.

Pieces include 'Mar Gh'Era' by Studio Formafantasma – a glass bottle and cup that resemble a crane and water tower from an imaginary city dockyard.

Giorgia Zanelleto's geometric structure with suspended vessels was inspired by architectural drawings while Carretta's geometric Natura Morta structures can be used as a centrepiece to hold candle sticks, flowers and small fruits.

Carretta has also contributed Firends – a vase and bowl connected by a long handle that are intended as an ironic interpretation of a basket for displaying flowers or fruits.

Charlotte Juillard's Correspondance sees a series of fine glass rods composed as letter holder while Grimpette is a representation of a stairway that can also be used to hang jewellery.

Flags by Fabrica's head of product design Sam Baron comprises three glass rhombuses suspended like hangers on a structure that resembles a clothes rail. Intended to be used as a decorative sculpture, the rhombuses can be moved at will to make new compositions. 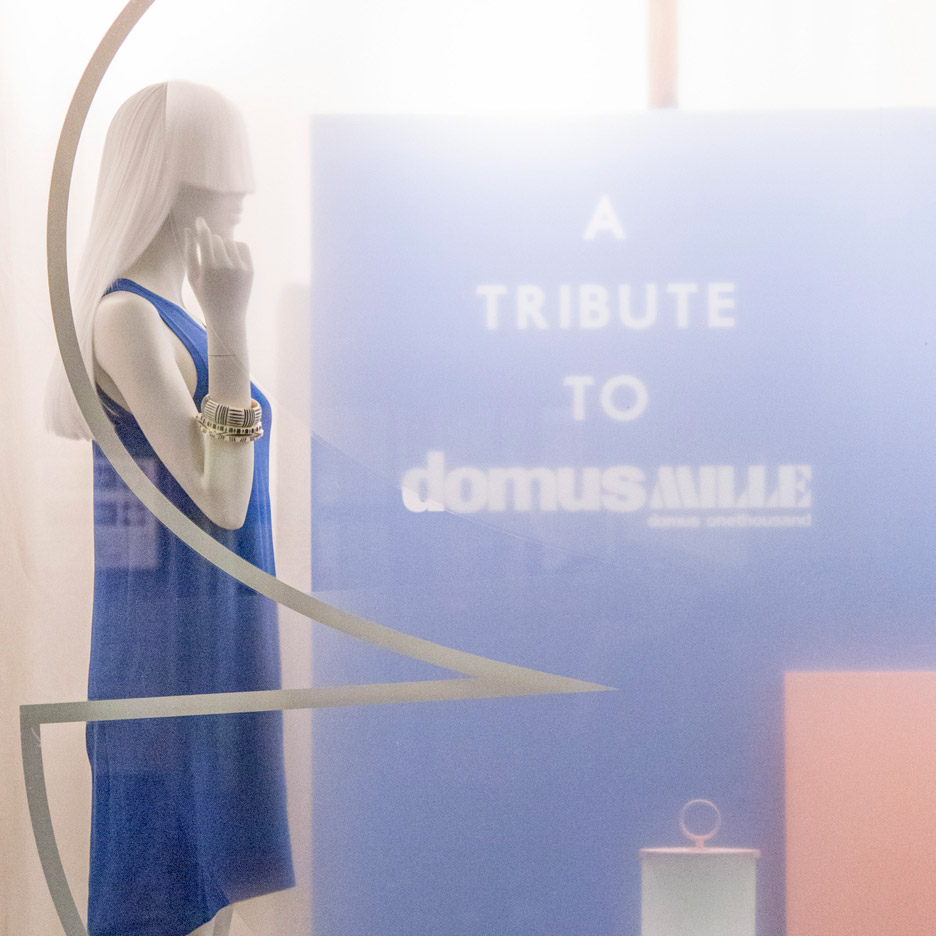 Baron's Fil sculpture, which comprises a string displayed on a simple geometric structure, is described by the studio as "a kind of water color suspended & drying for eternity".

Although initiated in 2013, the showcase at Silvera's 500-square-metre, two-storey Kings Road store marks the project's first showing in the UK.

"Fabrica's Drawing Glass project explores the importance of communication in the design process; examining how a designer sets out to make their idea readable and how the manufacturer then interprets this idea to create a physical object," said Silvera.

"Using clear glass to interpret the drawings results in a final model that can almost be mistaken as a pencil on paper drawing, yet that also has a beauty unique to glass objects."

On show at Silvera until 28 October, the limited edition collection of original drawings and glass pieces are both autographed and numbered.

In 2015, Fabrica's designers used clear blown glass to create a series of glass sculptures that could be used to display fruit in unusual ways. The pieces were exhibited in 2015 as part of an exhibition in Paris called Tutti Frutti.

Set up in 1994 as the research centre of the Benetton Group, Fabrica's other projects have included tableware created to reflect the fusion of different cultures, a collection of artisan-made objects, and desk tidies for both plants and stationery.