Cryptocurrency millionaire Jeffrey Berns has revealed plans to develop a large parcel of Nevada's desert into a smart city powered by blockchain technology.

Berns, who made a fortune selling cryptocurrency last year, plans to transform the 67,000-acre (27,113-hectare) plot in the north of the US state after paying reportedly paying $170 million (£130 million) for the land.

The site known as Innovation Park, which neighbours hubs of major tech giants including Google, Apple, Switch and Tesla, is already home to the headquarters of his company Blockchains – an incubator that supports ventures and businesses using blockchain technology.

City will be "new kind of business and residential community"

A blockchain is a set of digital records that track transactions chronologically and publicly. These decentralised ledgers – not tied to a particular government or authority – facilitate digital currencies (cryptocurrencies) like Bitcoin and Ether.

Berns made his millions buying and selling Ether tokens, which are used on a computing platform called Ethereum, before their value crashed.

He now intends to use the money to develop the remainder of his land into a smart city, billed as "a new kind of business and residential community".

The proposed blockchain city is intended to pioneer uses for the technology in an urban environment, including houses, schools and a high-tech park for Berns' company.

"Our land in Innovation Park will be a smart city with a decentralised blockchain infrastructure underlying all interaction," said a statement on Blockchains' website.

A potential major advantage of this city model is greater control of privacy of personal information – an advantage of blockchain highlighted by Dezeen Opinion columnist Paul Colleti.

For example, occupants of Innovation Park could be able to bank, vote and store data in the blockchain, without including middlemen companies or the government, reports the New York Times. 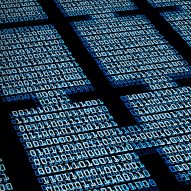 "Efficiency, sustainability, transparency and provenance will not be compromised, but guaranteed," said the Blockchains website.

"Multiple innovative technologies will change the way its residents interact on a daily basis and blockchain technology will be at the centre of it all – keeping systems honest, fair and democratic."

Los Angeles-based architecture firms Ehrlich Yanai Rhee Chaney Architects and Tom Wiscombe Architecture were enlisted to design Blockchains' city, with the task to also make use of other cutting-edge technologies.

"The planned city will encompass, among other projects, a highly-secured, high-tech park that joins blockchain technology with artificial intelligence, 3D printing and nanotechnology; residential units that will provide a new living environment to thousands; and various financial, business and retail concepts," said Blockchains.

A set of renderings released by the two architecture studios show a mix of low-lying buildings and towers spread across the mini metropole, although final plans are yet to be revealed.

"The buildings will seek to integrate within this landscape, connecting inhabitants to the environment and to the desert sublime," said Tom Wiscombe Architecture in a project description.

Communal living facilities with shared amenities, "massive workplace-manufacturing hybrids", and civic centres and green courtyards to gather and develop ideas, are all included in the proposal. Autonomous and electric vehicles are also envisioned driving both inside and outside the buildings.

The Blockchains city would also use renewable energy sources, like solar and wind power, and reclaimed and recycled water.

Innovation Park is among a host of smart cities that have been announced for North America. Others include a project in Arizona's desert planned by billionaire Bill Gates, and a future city on the Toronto waterfront by Google's sister company Sidewalk Labs.

Unlike Blockchains' city, Sidewalk Labs' scheme plans to use and share residential data to help design the neighbourhood. It has been heavily criticised for this, particularly in the wake of the Facebook–Cambridge Analytica data scandal, when data was allegedly used to influence voters in political campaigns.

While Sidewalk Labs' argue that the development will help to speed up the transformation of neighbourhoods, others are more cautious of implementing new technologies, as the outcome of the developments is currently unknown.

Architect and television presenter Jason Pomeroy told Dezeen that the tech could quickly become outdated, while transport designer Paul Priestman and urbanist Maarten Hajer are among those warning that autonomous cars could cause as many problems that they solve.

Berns – now waiting for final approval for Innovation Park – is aware of this, but willing to accept the challenges and intends to begin construction next year.

"This will either be the biggest thing ever, or the most spectacular crash and burn in the history of mankind," he told the New York Times. "I don't know which one."

"I believe it's the former, but either way it's going to be one hell of a ride," Berns added.