Swiss architect Hannes Meyer led the Bauhaus between the giants of Walter Gropius and Mies van der Rohe. As we continue our Bauhaus 100 series exploring the school's centenary, we profile the director with a marred legacy.

Meyer is referred to by some as the "unknown" Bauhaus director. Hidden between the immense shadows of Walter Gropius and the Bauhaus' origins, and Mies van der Rohe and its rapid demise, Meyer, the second director of the Bauhaus, spent just two years in the role before being dismissed, ostensibly for political reasons.

His tenure sheds light on the fraught internal politics of the Bauhaus, and its relationship to the wider politics of Germany. Prior to this however, and indeed Gropius' initial reason for hiring him, was to direct what many thought was a long-overdue addition to the Bauhaus: the architecture department.

Meyer was born in Basel in 1889, training as an architect both here and in Berlin, before returning to Switzerland and opening his own practice in 1919. Early on in his career, it was clear that Meyer's interests lay more in town planning, urban design and the social value of architecture than buildings themselves.

At the end of the first world war, Meyer worked in Krupp's office in Essen, designing vast new housing estates. He had, some years before, been to visit the garden city of Letchworth, as well as Bourneville and Port Sunlight, which influenced his plans for Freidorf for the Swiss Housing Corporation, the first full-scale cooperative in Switzerland.

Working with the coop's founder Bernhard Jaggi, Meyer not only designed the buildings – which he wrote were based "on the modular system of an architectural order" – but worked to figure out how the coop itself would function once residents moved in.

In 1926, Meyer began to collaborate with Hans Witten, producing some of his most famous – albeit unbuilt – designs. Among them were the Basel Petersschule and the Geneva League of Nations building, a pair of strict steel schemes that appear to share much with designs in the International Style.

It was through the Basel Petersschule scheme that Gropius became aware of Meyer while hunting for a director for the new architecture department.

Walter Gropius: the ideas man who founded the Bauhaus

His first choice was Dutch architect and designer Mart Stam, who had collaborated with Meyer on the magazine ABC Beiträge zum Bauen (contributions on building), which they co-founded in Zurich in 1923, along with Hans Schmidt and El Lissitsky. But when he declined, the invitation went out to his second choice, Meyer, who accepted and joined the school in 1927.

The Bauhaus and Gropius had long been struggling with the divide between individual artistic expression and industrial mass production, a split between the old Bauhaus epitomised by Klee and Kandinsky, and the young like Gropius, who wanted to create a new kind of creative professional for the machine age.

Meyer became director after one year

Much of the school's tension was unknown to Meyer, who would enter into it as a fierce believer in technology's ability to create mass culture, and the role of the collective in creative works rather than the individual. In architecture, this translated into functionalism, and a philosophy Meyer termed Die Neue Baulehre (the new way to build).

"The new house is a prefabricated unit for site assembly…an industrial product and a work of specialists," he wrote in the Bauhaus journal in 1928, "…and the architect? He was an artist and has become a specialist in organisation!"

After Meyer had been leading the architecture department for just one year, Gropius left the school. He appointed Meyer his replacement as director on 1 April 1928, due to their shared belief in social involvement. It was an appointment that would continue Gropius' vision for the school but do nothing to quell internal frustrations.

Meyer soon brought the school two of its most important building commissions: five apartments buildings in Dessau and the ADGB Trade Union School in Bernau by Berlin, and in 1929 the Bauhaus turned a profit for the first time. Just one year later however, Meyer was forced to leave the school.

Meyer dismissed due to his communist sympathies

Many have cited the school's internal divide rather than Meyer's communist sympathies (about which he was always open) as the primary reason for his dismissal.

But as political tensions grew, the chief mayor of Dessau Fritz Hesse wrote, "things in the Bauhaus get more and more unbearable every day… communist students were becoming the trendsetters… a discussion with Meyer seemed necessary."

This discussion would result in the mayor invoking his special right to dismiss Meyer immediately.

Meyer prepared for political protest, outlining his thoughts in an open letter to Hesse entitled My Expulsion from the Bauhaus. "It is a crime to offer the stale fodder of yesteryear's art theories as nourishment to young people who, as designers, will have the society of tomorrow all to themselves," he wrote.

But it soon became apparent that there was no hope of regaining his position, even after attempts to solicit help from the Russia.

After Bauhaus Meyer moved to the USSR and Mexico

Unlike his colleagues, Meyer would not travel to the United States, ripe as it was with commissions from capitalists. Upon leaving Germany, Meyer declared, "after many years of working within the capitalist system, I am convinced that working under such conditions is quite senseless."

He travelled to Moscow, accepting an invitation to work in urban design for the first five-year-plan. He would eventually outlive his welcome, but not before planning the city of Birobidzhan, the administrative centre of the Jewish Autonomous Oblast. He would write later in 1942 regarding Soviet architecture, "it is a truly new architectural form that reflects the corresponding stages of socialist building in the USSR, and the dynamic will towards a better life for the 193 million people of that country." 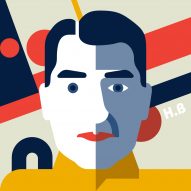 In 1936, Meyer relocated to Geneva for two years, before moving to post-revolution Mexico, where communist architect Juan O'Gorman was promoting the need for a highly technological architecture that could meet the country's needs. By the time of Meyer's arrival, momentum had been lost, and Meyer struggled to rekindle it as director of the Institute of Urban Studies and Planning.

The institute was closed after two years, but Meyer would continue to work for governmental bodies, where he could push the social purpose of architecture through hospitals, schools and housing.

He returned to Switzerland in 1949, living there until his death in 1954 – his legacy, marred as it is by his Bauhaus dismissal, remains underexposed.

More in the Bauhaus 100 series