Located in the Colombian city Cali, each studio comprises a series of sets, with intentionally ordinary backdrops created by "non-designers"on a budget.

While documenting the photoset, he found that the backdrops are typically completed with tacky and dated decor, such as glittery pillows, framed quotes and murals. Although finished differently, each also has "a sweet, innocent, colourful aesthetic" – contrasting the activities for which they are designed.

"The distance between the interior decoration and the sexual activity that goes on within these spaces produces a surreal disconnect," the photographer said.

"The tacky innocence of the pillows, the wallpaper, the posters and the mirrors, makes it nearly impossible to imagine webcam models performing every kind of fetish and penetrating every one of their bodily cavities with every kind of sex toy on the market on the beds, and therein lies the conceptual base of this series."

Hollander used a Fujifilm X100s camera and a tripod to capture the backdrops straight-on, without filters or special effects – much like they would be seen on the webcam. 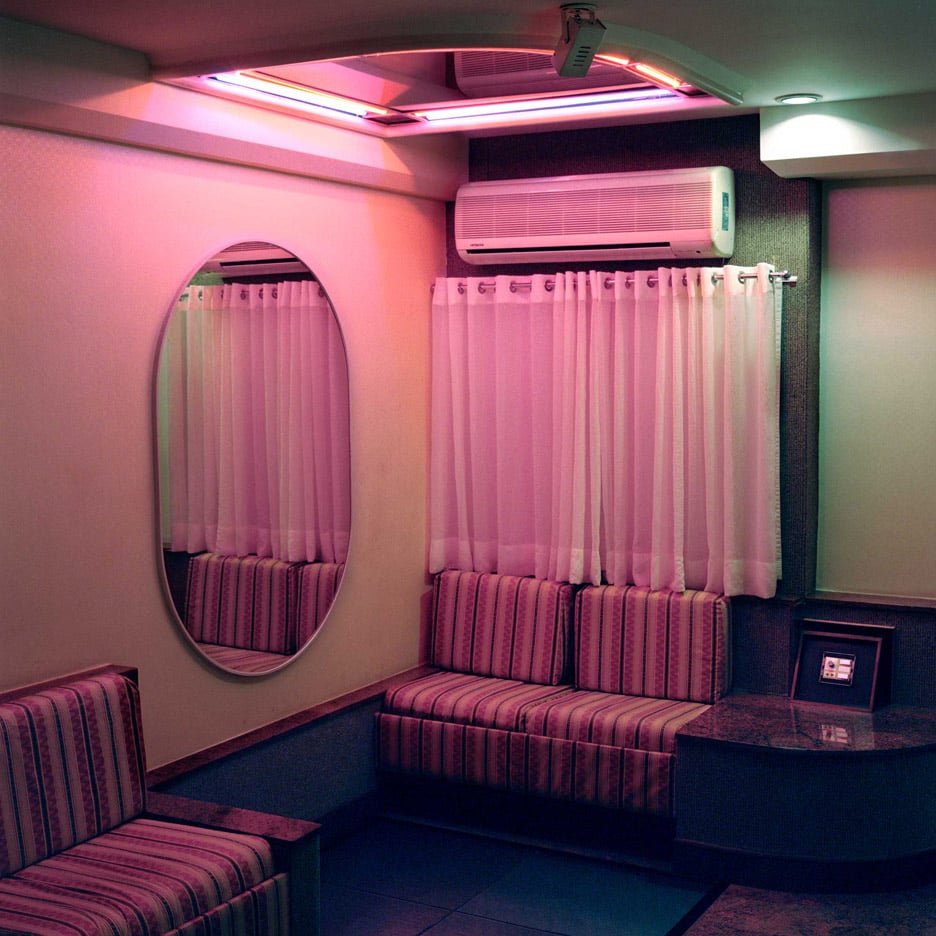 Among the series is a "middle-class teenage girl's bedroom", with two unicorn pillows and floral bedsheets, a dentist's waiting room with bright textiles, and a "swanky hotel".

Other featured sets include a bed with a golden headboard, which matches the floral gold leaf adorning a bedside lamp, as well as a monochrome space detailed with a fake green wall and a picture of Frida Kahlo.