Hildrey Studio has developed ProxyAddress, a database that could connect homeless people with an address from one of England's 500,000 empty houses so they don't lose access to vital services.

London-based architect Chris Hildrey, founder of Hildrey Studio, created the system to provide people in England facing homelessness with a fixed address to register for services with.

The project, titled ProxyAddress: Using Location Data to Reconnect Those Facing Homelessness with Support Services, was awarded the 2018 RIBA President's Medal for Research.

Hildrey made ProxyAddress in response to one of the leading causes of homelessness in the country – landlord's terminating assured shorthold tenancies.

Eviction from a private tenancy led to a 78 per cent rise in homelessness in 2017, according to statistics from housing and homelessness charity Shelter.

If a person is made homeless they lose their address, a crucial piece of information required to register for a bank account or apply for a job. This can set off a downward spiral for the affected person, making their situation more complex and harder to escape.

ProxyAddress would offer a form of early intervention, connecting people in need with an proxy home that can be used to provide a stable address for official correspondence.

Under the UK's 2017 Homelessness Reduction Act, any person threatened with homelessness is entitled to 56 days of help from their local authority. ProxyAddress could be one of the services that councils can connect people with during this window.

Applicants would be matched with an address from one of the 500,000 houses currently lying empty in England, which then acts as a proxy for official letters. Users could update their temporary addresses via the ProxyAddress website. 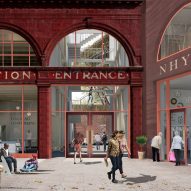 Official re-directs set up via Royal Mail mean the letters would not be sent to the empty property, and are forwarded on to the user.

Hildrey Studio's saw that a precedent has been set for this kind of scenario following the Grenfell Tower fire, where Royal Mail provided free mail redirection services for those affected for up to a year.

Vacant homes can be identified through data gleaned using Section 85 of the Local Government Act 2003, which allows councils to use council tax data to identify empty residences.

"This idea needs to happen"

Hildrey Studio interviewed people in the kinds of situations they would want to help as case studies for their research, and found people were supportive of the idea.

"This would've stopped me slipping in those early days. I think it’s a brilliant idea," said one of the rough sleepers interviewed by Hildrey Studio.

He was evicted for late rent payment after losing his job, leaving him labelled "intentionally homeless" by the local authorities. 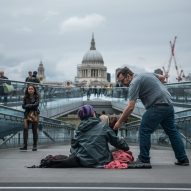 "Maybe it can help some of those younger guys avoid what I had. At least they could get some ID or something now. Going without that is like being a ghost."

Theresa, who was pregnant when she and her three-year-old daughter were evicted from their privately rented flat, struggled when she was moved around various temporary accommodations.

"Every time, we just had to up sticks and go. It felt like we shouldn't complain – we had a roof. But every time meant more work, more disruption, more missed letters, more trouble with sanctions and appeals," she told Hildrey Studio.

"This idea needs to happen."

Architects are rising to the challenges of the UK's rising problem of homelessness, an issue attributed by outlets such as the British Medical Journal to the Conservative party's austerity policies.