The total number of businesses operating in the UK design industry has grown dramatically over the past eight years, according to research collated by London's Design Museum.

Analysis of the Office of National Statistics (ONS) data, published by the museum this week, shows that the number of design-related businesses in the UK has grown by 70 per cent since 2010.

This is a much faster rate than that of other industries, which have seen a 27 per cent increase over the same period. Furthermore, startups in the design world are founded at two and a half times the national average, the research found.

"British designers are some of the most entrepreneurial people in our country, said Design Museum co-director Alice Black.

"They build businesses from scratch, contribute to the growth of well-paid, high-skilled jobs across the UK and help us deliver a prosperous and productive economy. From technology to fashion, design in Britain is powering a new industrial age."

In interpreting the ONS research, the museum has taken design-led businesses to include architecture, digital design, software, clothing and textiles, and product design.

Design businesses boost UK regions as well as the capital

The data demonstrates that the design industry is very important to the UK economy, with more than 1.5 million design-related jobs.

Figures from the ONS also show the extent to which UK regions are boosted by the design sector. Regions that have seen the highest share of new design-led businesses are also the fastest growing according to Gross Value Added (GVA) figures from 2010 to 2016, namely London and the south-east, the east of England and the West Midlands. 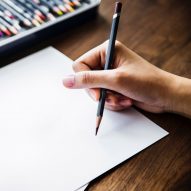 "British design is recognised the world over. From Rolls Royce to tartan pattern, Brompton bikes to the London Eye and the Mini car, design continues to be a fundamental part of our everyday lives and an integral part of our soft power abroad," said culture secretary Jeremy Wright.

"The UK's creative industries are thriving and are now worth over £100 billion to our economy. We want Design to continue to be at the heart of our modern industrial strategy as we work to make the UK the best place in the world for the sector to grow," he continued.

Jobs-related to design in the north-east of England grew by just over 50 per cent between 2010 and 2017, with the south west of England seeing a 40 per cent spike. 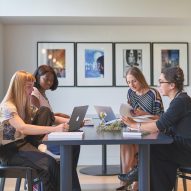 The area that doesn't appear to have benefitted from the design economy is Northern Ireland, which saw just a one per cent rise in jobs between 2010 and 2017, and just 70 more design-related businesses in 2018 than there were in 2010, an increase of just six per cent.

This research was conducted as part of the museum's Design in Britain campaign, launched in November, which aims to demonstrate that it is "new design and innovation that is going to sustain Britain in the rest of the world".

In further research published at the end of last year, the museum found there is a "shocking gender imbalance" in the design industry. Just one in five designers in the UK are women even though seven out of 10 students taking design at A level are female.