We don't all need to become vegan to create a sustainable and biodiverse future, in fact quite the opposite, argues designer Sebastian Cox, in response to Erez Nevi Pana's suggestion that vegan design can limit climate change.

Erez Nevi Pana recently wrote an article for Dezeen about vegan design, which I felt I had to respond to. His mission is "to veganise design", creating "guilt-free" products. While I agree that the meat industry needs reforming, you don't have to be a vegan to live sustainably, and I feel no guilt in proposing a future with animal products.

I met Erez at a panel discussion last year and was fascinated to learn that many of the items we use to make furniture in our workshop are not vegan. Glues, sandpapers, even machine components can contain animal products. This depth of thought is really compelling. I admire Erez's work and respect his commitment to what he believes. I applaud veganism for proposing radical change, but I think the vegan solution is oversimplified and I challenge the notion that we must all become vegan.

Design can have an important role in re-shaping how we raise or grow materials and resources. First in line for a rethink – rather than a ban – is our system of rearing and slaughtering animals, much of which is deplorable. Second would be reshaping the growing of plant-based resources, whether food, fibrous material like flax, or biomass. As much as we need to get rid of caged animals, we need to rethink pesticide-drenched monocultures which decimate insect numbers.

I applaud veganism for proposing radical change, but the vegan solution is oversimplified

Our current meat industry engenders detachment from nature. Not seeing the connection between a plastic-wrapped pack of mince and the pigs it came from is one of modernity's greatest sins. But this applies to plant-based produce too; alternative milks are more mysterious to me than a chicken breast. Challenging that detachment is where solutions to our environmental problems lie, and this is where design's storytelling abilities can generate change.

However, seeking out and scandalising every animal-derived product, we could be at best distracting ourselves from bigger issues, and at worst inadvertently causing ecological problems. Ecology is complex, and not suited to simplistic binary solutions. Nature itself is not vegan, so to become vegan is to step out of the system we evolved in, at a time where we need to be getting closer to it. 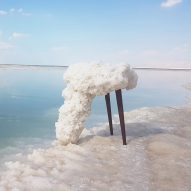 "Vegan design should be developed by vegan designers"

We are currently living in an era of human-caused mass extinction and species loss, which is as big a threat to our existence on this planet as climate breakdown. The principles of restoring ecological functions – often referred to as rewilding – seem to be a good way to tackle this in any landscape. For example, rather than saving an endangered bird with a captive breeding programme, it often is better to restore the evolved food chain of that bird by stimulating biodiversity.

There are numerous examples of rewilding restoring biodiversity, such as the reintroduction of wolves in Yellowstone National Park in the US, or the Knepp estate in Sussex, England. The basis of this holistic thinking is to consider the balance between the herbivores and predators that evolved in a particular landscape. Grazers or browsers stimulate new plant growth and predators are needed to keep their numbers in check, or move them on, to prevent overgrazing. Nature is finely tuned and balanced.

Nature itself is not vegan, so to become vegan is to step out of the system we evolved in

I choose to only eat meat that comes from diverse pasture or wild landscapes. This means I don't eat meat often, once or thrice a week which is what I have roughly calculated the UK could yield. For example, the beef I eat comes from a company founded by a young couple who rear ancient breed cattle on upland scrub and woodland, borrowed or rented from local landowners. The herd's winter diet is mostly bramble, bracken, and young tree shoots; no grain here.

They are hardy enough to survive outside year-round and require little in the way of veterinary attention. These ancient breeds can carry 230 different types of wildflower seeds in their fur and gut, some of which have evolved to only be distributed by grazing mammals. The seeds they spread form the basis of diverse food chains, which is the kind of impact we need to bolster populations of rare species.

Ruminants with diverse pasture diets emit much less methane than industrially reared domesticated equivalents, and 'mob-grazing' wild herds have lower emissions as they stimulate immediate regrowth as they move through the landscape.

It's worth highlighting that in my opinion Erez's figures relating to animal emissions are inaccurate. The Food and Agriculture Organisation of the United Nations estimates that animal agriculture accounts for 14.5 per cent of human-made global greenhouse gases. Wild grazers also use less agricultural land as cereal crops aren't required to feed them, and they use marginal land, or forest.

I don't take the death of an animal lightly, having experienced killing my own food.

For example, trees are widely presumed to be good anywhere, but there are examples of newly planted forests destroying habitats such as the coniferous plantations planted in the Flow Country in the 1980s. Who would have thought afforestation could reduce biodiversity?

Could we design out the current use of monoculture? Could we use technology to distribute and relocate grown resources in biodiverse mosaics? I can envision an extraction age represented by the light-footed and accurate drone rather than the heavy combine harvester. 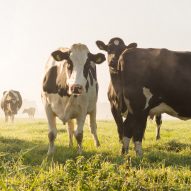 I don't take the death of an animal lightly, having experienced killing my own food. Let me remind you that no wild animal dies elderly in a bed. An example of a predator-free (human or non-human) grazed ecosystem is Oostvaardersplassen, a rewilded area of land in the Netherlands. The un-predated herbivores overgrazed and began to starve. Rangers had to cull 3,000 animals in one winter to reset the balance.

Nature is cruel, and while no animal chooses death, death at human hands could be the kindest end to life for the prey animal. If we need grazing animals, and death is an important part of wild life, why not use the resources animals yield? I wonder what happened to the 3,000 starved carcasses of Oostvaardersplassen.

A truly sustainable material culture is only possible with materials that can be extracted from and returned to the earth. We should be studying the use of materials in our past, like panned chalk flooring – a medieval concrete made from crushed chalk and milk whey, or lime plaster which is held together with dung, ox hair and straw, superior to cement plaster in its flexibility. We should be reviving and refining these kinds of materials.

Erez highlights the efficiency of the meat industry to exploit every ounce of the animal's carcass. With modern technology, we can go further than our resourceful ancestors by developing refined materials from these organic compounds. Combined with new and traditional plant-based materials, we could have a fantastically broad and biodegradable material palate.

Designers should not be distracted by purist vegan ideology but should be focusing on using all resources that work with nature's bounty, or designing the means of extracting them. A good start might be machines or systems for small-scale farming, putting control in the hands of many small producers in the same way the desktop 3D-printer has fostered the recent 'Maker Movement'. Perhaps equipment for marginal land or urban farming like presses or seed drills.

Thinking bigger, maybe mobile abattoirs for respectful low-stress slaughter, or intelligent harvesters that enable a mosaic of plants to be grown in the same crop. The designed hardware of our landscapes could enable a food and material revolution.

I'm not entirely sure there has ever been a proper picture painted of how the landscape would look in a post-predator world. To me veganism is squeamishly stepping out of nature's cycles, considering them something to observe at a distance. To deny our consumption of meat or animal products is to deny our entwined history with the other species whom we have evolved alongside.

It is only in relatively recent times that we've been quite so devastating to other species, which needs redress, but we should remember our place in the world as a part of natural cycles, not separate to them. Let's not veganise design, let's rewild it.

Sebastian Cox is a designer, maker and environmentalist based in south east London. He founded his workshop and studio in 2010 under the principle that the past can be used to design and make the future. Trained as a furniture designer and craftsman at Lincoln University, he now produces his own collections of furniture, lighting and home accessories and collaborates with brands like Burberry to create bespoke installations. His work has been awarded a Design Guild Mark (2017) and he was listed in Forbes list of '30 under 30' in 2018.
Read more: