The rapid growth of the vegan food movement is starting to drive demand for vegan furniture, fashion and homeware. Designers working to make cruelty-free products mainstream say an industry-wide shift is being led by consumers.

Many believe that, as alternatives to animal products like leather and wool become more readily available, vegan design will go mainstream.

"The products that we surround ourselves with will get to the stage where food is now," said Don Kwaning, whose lino leather provides a vegan substitute for leather upholstery.

"It's just a more complicated and time-taking journey to get there."

Vegan design needs to catch up with food movement

Designers producing vegan products claim the movement is lagging a few years behind the food scene, which has seen an explosion around the world.

"I think design-wise we are slightly behind the food movement in veganism, which has become crazily popular over the last two years," said Emily Turnbull of London-based Studio Can-Can, which specialises in vegan interior-design projects.

"The food industry is leading the shift," agreed Laura Stageman, founder of vegan watch brand Votch. "We eat at least three times a day and everyone wants their food to be delicious. Then they start to question: these boots, this coat..."

One of the challenges the industry faces is a lack of knowledge among consumers about what vegan design is and what the benefits are.

Kieren Jones is the course leader of the MA in Material Futures at Central Saint Martins in London, which examines the materials we might use, work with and ultimately live with in the future. He believes it will take a big cultural shift for vegan design to be embraced, because animal products have been used in manufacturing for centuries.

"Culturally and historically it was never seen as an issue, and society is victim to convention," he told Dezeen.

"I don't think it's a political stance by textile companies to use, say, lanolin. It's rather that they have always done so, and never thought or questioned why not."

It was exactly this that led Stageman to set up her brand Votch. She was shocked that she wasn't able to find anyone selling watches with vegan leather straps.

"It's been so normalised for so long," she said. "The next natural progression is people being aware of what's happening with fabrics."

One of the big drivers of the vegan food movement is sustainability, as people learn the devastating impact of meat farming on the environment. This was reinforced by the recent report from the Intergovernmental Panel on Climate Change, which stated that we have 12 years to reverse the effects of climate change.

One of the suggestions offered by experts, and included in another report commissioned by Greenpeace, is that globally we eat less meat.

Deborah di Mare, founder of VeganDesign.org, believes that educating consumers about the effects of using animal products in design will push more people to take the next step, from a vegan diet to a fully vegan lifestyle.

She founded her company to do just that. The website functions as an educational platform for people looking for vegan products, and also offers an accredited course for designers worldwide working with vegan materials.

One of the things Di Mare teaches is that it is impossible to ethically produce anything animal-based in mass quantities. According to the VeganDesign.org website, it takes seven sheep to make one wool blanket and nine cows to create the interior for a Rolls Royce Phantom.

Cruelty-free is better term than vegan for design

Di Mare says she tried to promote terms like "compassionate"or "healthy" to describe animal-free products, as vegan is an off-putting term to some customers.

"Some people still think of vegans as the crazy hippies," she said.

Likewise, Stageman has found that some consumers don't think vegan products are for them, usually if they don't have a vegan diet. She uses the phrase "cruelty-free" instead.

"Lots of people say that they're not vegan so they can't wear a vegan watch," she said.

Whether or not the term vegan puts some consumers off, they may well be put off by the price, as will industry looking to move into producing for the vegan market.

Lino leather designer Kwaning said it will take an increase in consumer demand for vegan clothing and homeware to push a shift in production.

"Vegan products are more likely to be expensive than non-vegan products," he said. "The time and money it will cost for the industry to produce more vegan products is huge. Most mass production companies will not be up for this."

Kwaning thinks consumers need to get used to vegan products being used for the parts of products that they can actually see and feel, before a shift to a fully vegan end-to-end industry becomes possible.

"It is more important at this stage that people get used to the visible products in order to let the consumer value vegan products," he said. "Hidden vegan design like glues and binders are the next step in changing the system."

"I think that the power is in the hands of the consumer. If their need for vegan products rises then more and more will be produced," he continued. "The industry just thinks about money and will not switch themselves to vegan production"

A number of designers refer to the auto industry as a good example of how manufacturers are being swayed by consumer desires.

"I believe these products will only change and adapt when consumers demand that their car is vegan and the manufacturer changes the production line all the way down to support and meet this demand," explained Jones.

"I can't imagine a scenario whereby a car manufacturer would use synthetic leather to promote veganism yet not be able to advertise as '100 per cent vegan' simply because the glue isn't."

Di Mare agrees that "consumers hold the power" and pointed to Mercedes, which has been selling vehicles entirely free of leather since 2016. She claims that Bentley is also looking at introducing vegan alternatives to leather in its cars. Similarly, Jaguar Land Rover recently launched the new Range Rover Evoque, offering a range of leather-free alternatives.

Interest in veganism is growing worldwide

Although much of the data collated by the UK Vegan Society relates to food production, there is a clear increase in the uptake of a vegan lifestyle. A recent report commissioned by the society shows that the the number of vegans has doubled every two years since 2014 to a total of 600,000 in 2018, or 1.16 per cent of the population.

Meanwhile a report into global food trends conducted in 2017 found that six per cent of consumers in the US are now vegan, up from just 1 per cent in 2014.

The vegan movement has even started to take hold in China, despite it traditionally being a country that consumes a large amount of meat.

A vegan food festival took place in Shanghai in November 2016, believed to the first of its kind in the country, while in September 2018, the Pop plant-based festival in Beijing attracted 10,000 attendees.

Fashion will be stepping stone to vegan interiors

The fashion industry looks set to be the first to embrace cruelty-free design, with Stella McCartney leading the change.

The catwalks at London Fashion Week last September were fur-free for the first time in 35 years. Likewise the world's first vegan fashion week has just taken place in Los Angeles.

Research into internet-searching data by global fashion search platform Lyst, included in its Year in Fashion Report 2018, reveals that searches for vegan leather increased 119 per cent in the three months to the end of 2018. 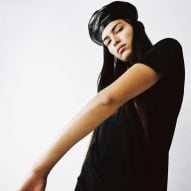 The most commonly used search term to accompany it was "bags", which suggests that consumers are already starting to look beyond food to fashion.

"Vegan interior design is still in its infancy in the UK, but this is changing fast," she said.

"For the past few years, whenever I typed in 'vegan interior designer' to Google, there would only be two ladies in the US and me over here in the UK. This is no longer the case."

Vegan paint and leather substitutes already in use

One vegan product that a number of interior designers are experimenting with is paint.

Many conventional paints contain bone or bone derivatives, and also use shellac from the female lac beetle or ox gall as a wetting agent.

Turnbull believes that, although there are already vegan options on the market, we'll see plenty more soon.

"Paint especially seems to be on the ball with veganism," she said. "Give it a year and soon it will be much easier to find alternatives".

The interior design of the room avoids all leather, feathers and wool. It instead relies heavily on Piñatex, an innovative leather-like material made from the cellulose fibre in pineapple leaves. Invented by Carmen Vijosa in the 1990s, it's probably the most established vegan material.

Social media could be the solution to drive change

What the product-design sector currently lacks is a big commercial enterprise with the will and manufacturing capacity to make vegan design mainstream.

Many of the projects and materials, such as Kwaning's lino leather, are still small-scale. And while familiar brands are introducing vegan products, there is no well-known vegan homeware brand.

Turnbull suggests that changes in legislation could fuel customer demand. One way of doing this could be by tightening up the rules on product labelling, so that items containing animal products are clearly signposted.

"The labelling of vegan food has become so much easier to access, so it won't be long until other types of products have the 'vegan' label stuck on the side," she said.

She also pointed towards the importance of social media in shifting opinion: "Instagram. We may need more vegan design instagram pages".

Kwaning believes that making vegan products desirable is the key: "If people still think it is uncool, then I think that the look and feel of the materials is important to change this idea."