The decision to build the London Centre for Music less than 300 metres away from an existing concert hall is the latest unnecessary example of global high-culture one-upmanship, says Phineas Harper.

It has been 60 years since Welsh theorist and critic Raymond Williams wrote that "culture is ordinary". Williams, who had grown up in foothills of the Black Mountains, argued against the divisive class-based idea championed by the poet TS Eliot and others that there is high culture, enjoyed by the educated elite, and low culture for the rest.

"An interest in learning or the arts" Williams wrote, "is simple, pleasant and natural".

Williams' arguments were influential, helping to dismantle snobbery in the arts and open up a sustained period of opportunities and appreciation for a far wider pool of culture-makers of all stripes. Yet take a look at the plans for London's new 15-storey concert hall proposed by Diller Scofidio + Renfro (DS+R) and other glitzy palaces for the performance of classical music around Europe, and it is as if we have stepped back into divided culture wars of the 1950s that Williams railed against.

The DS+R design is a towering pyramid with a huge new orchestral auditorium at its base and another venue at its apex. Requiring the demolition of the former Museum of London and a 21-storey office tower, the building resembles a reconfigured version of DS+R's 2016 Columbia University medical centre with a complex route of ascending staircases wrapped in glazing.

The scheme is slated to cost nearly £300 million and is London's volley in an intercontinental game of high culture one-upmanship, which in recent years has produced Herzog & de Meuron's Elbphilharmonie in Hamburg and Jean Nouvel's Philharmonie in Paris. This arms race for cultural dominion has, in London however, reached new levels of absurdity with the decision to build the new 2,000 seat concert hall less than 300 metres from an existing 2,000 seat concert hall.

Its advocates argue that there are subtle flaws in the acoustic performance of the 1982 Barbican concert hall, which is a stone's throw from the DS+R site. They say the sound it isn't quite as clear as superior concert halls in Berlin or Birmingham, and because London must not be second rate in its architecture for orchestral music, that the only solution is to build a venue from scratch.

How have our urban priorities become so warped that fire stations, court houses, hospitals, women's refuges and community centres close down every week, while classical conductors can demand new orchestral venues be built neighbouring existing ones on such marginal aesthetic grounds? 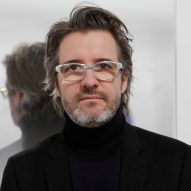 If London is so desperate to cast itself as enjoying the best architectural conditions in Europe, why not channel that hubristic energy into boasting the lowest number of rough sleepers, or the cleanest air? Ranking as finest for the acoustic presentation of orchestral music, but worst for air pollution related deaths would be the achievement of a psychopathic city.

This is architecture as a vaulting display of largess bearing similar hallmarks of the binned Garden Bridge proposal. Its national treasure advocate, celebrity conductor Simon Rattle, is the new Joanna Lumley. The jet-setting starchitects DS+R are the new Heatherwick Studio. The adjacency to an already perfectly functional concert hall echos the idea of a new bridge built among a cluster of existing bridges.

John Maynard Keynes, economist and founder of the Arts Council, heavily subsidised opera to his own tastes, but even he argued in a 1945 that "nothing can be more damaging than the excessive prestige of metropolitan standards and fashions". It is hard to think of a more telling example of excessive prestige than the DS+R concert hall.

I get it – architectural baubles service our egos and shore up our anxieties about leaving a legacy. It's more sexy to have a central London starchitect-designed concert hall with your name attached than a string of humbler projects scattered around the regions, yet if Rattle and others were serious about enriching the lifeblood of British music, this is exactly what they'd be advocating.

Culture in the UK is under pressure. Last year the Department for Education reported a decline in the uptake of creative subjects by eight per cent, on top of a further eight per cent drop the year before. However, the architecture that cultural production urgently needs is not singular trophy venues for the consumption of high art at a grand scale, but dispersed, low key, low budget spaces for the making and testing new art in communities.

Culture in the UK is under pressure

Urbanist Richard Sennet has argued that there is a zero-sum game at play in cultural capacity, and that cities which plow cash into architectural vanity projects end up depleting the wider cultural life of their boroughs. "What the elite gains, the mass loses," he wrote for the cultural think tank Theatrum Mundi.

Sennet argues that Herzog & de Meuron's €789m Elbphilharmonie had boosted Hamburg's tourism industry but weakened its cultural base. "The structure has successfully attracted tourists from around the world and global-brand musicians, but there's no money left in the city's coffers for support of youth orchestras, or for studios in which young artists can work, or for the semi-professional choirs which once fanned out over the Hanseatic North."

The Hamburg story is familiar. In 2013 Birmingham opened its new nine-storey flagship library, designed by Dutch firm Mecanoo. The "people's palace" cost nearly £200 million, not including the demolition of John Madin's 1974 Central Library next door. Then in 2015, the new library cut its opening hours and staff by almost half to save money. Mecacoo's people's palace is now closed all day on Sundays and offers only a cut-back ground floor access-only service for much of the rest of the week.

Concluding a its three year research into making cultural infrastructure, Theatrum Mundi called for "breaking down large institutions for performance into networks of small-scale infrastructures". If we are serious about nurturing culture through architecture, this is exactly the tactic we need. Local arts spaces for the many, not DS+R concert halls for the few.

Six decades ago Raymond Williams asked: "What kind of life can it be to produce this extraordinary fussiness, this is extraordinary decision to call certain things culture and then separate them, as with a park wall, from people and ordinary works?"

To build a concert hall, on the steps of another in order to gain adjustments in resonance so slight that they are imperceptible to the vast majority of ordinary people is beyond fussiness – it is perverse.