Alara Alkan details how she became a researcher at product design studio Birsel + Seck for the Dezeen Jobs careers guide.

While completing furniture design studies at the Rhode Island School of Design, Alkan became involved with numerous research-based initiatives and developed an interest in pairing scientific analysis with design-led problem-solving.

"I have always sought out environments that allowed me to transition between roles and responsibilities to better understand the matter as a whole," she told Dezeen Jobs.

"This came early on in my education where I immersed myself in disciplines such as neuroscience, sociology, anatomy, and behavioural economics."

Alkan spent a brief period of time developing her investigative ability as a design researcher at healthcare company Johnson & Johnson, before moving to New York to work at studio Birsel + Seck. The firm uses a systematic approach to conceptualise innovative product designs for a global portfolio of clients including Amazon and Toyota.

She was initially attracted to work at the company's by co-founders Bibi Seck and Ayse Birsel's broad academic approach to design.

"I have always been drawn to multi-pronged approaches to design and Ayse's involvement in academia excited me," she said. 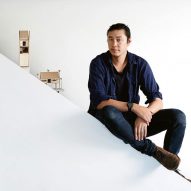 Careers guide: Kelvin Ho of Akin Atelier reveals how he started his own design firm

"I have found Birsel + Seck to be an environment where I can wear multiple hats and advance my skill set rapidly to accommodate the needs of the studio."

Alkan believes professionals with creative capabilities are a powerful resource for employers, "now, more businesses are bringing creativity closer to the source of their operations," she said.

"Which shows that the creative design process is an essential ingredient to the success of organisations."