Architectural designer Amey Kandalgaonkar has created renderings of House Inside a Rock, a concept for a modernist concrete house built within a giant rock.

Mumbai born, Shanghai-based Kandalgaonkar designed the house to be a contemporary twist on the architecture of the Mada'in Saleh necropolis, a UNESCO world heritage site in Saudi Arabia.

Mada'in Saleh was built in the first century by carving tombs with elaborate facades into the sandstone rock.

"When I first saw the images of rock cut-tomb architecture, I knew I had to use it as an inspiration in an architectural project," said Kandalgaonkar.

"There is a huge amount of architectural heritage laid out for us by past builders and I believe they did a great job of integrating built environments in natural elements."

Kandalgaonkar designed House Inside a Rock to appear as if it grew out of the rock. A monumental ground floor entrance shaft connects with a wide, rectangular living space open to the air all along the exterior side. Raw concrete slabs fit in around rocky protrusions.

A terrace tops this volume, leading to a higher set of terraces and a swimming pool perched on the top of the outcrop next to a shaded penthouse area.

This terrace tracks along the top of the rock to another swimming pool with glass walls and bottom that cantilevers off the edge of the rock. 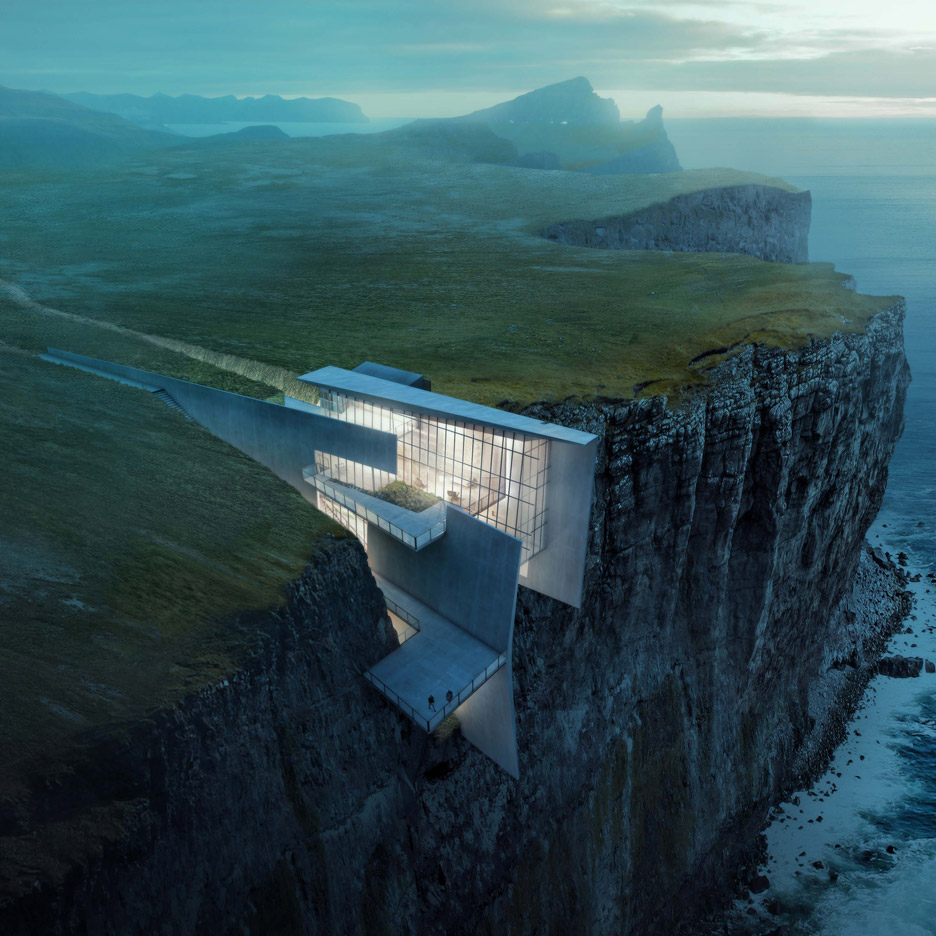 "Considering the visual complexity of the rocks at Mada'in Saleh, it was imperative to use simple planes and cubes in order to achieve a visual balance," said Kandalgaonkar.

"I tried to keep it's visual impact from eye level as minimum as possible and only when observed from a bird eye, the real extent of the intervention is revealed."

Conceptual architecture can push the limits of blending nature and design.

Architectural visualiser Alex Hogrefe designed a conceptual retreat carved into an Icelandic cliff face, and Australian housing firm Modscape designed a modular home that could hang off the side of a sea cliff.