American fashion brand Everlane has launched sneakers made from leather, recycled rubber and plastic bottles that it claims are completely carbon neutral.

The unisex trainers, called Tread by Everlane, feature soles made of a mixture of natural and recycled rubber, while the uppers are made of leather from "the world's cleanest tannery". The laces and lining are made from recycled plastic bottles.

Everlane said it wanted the product to be "the world's most sustainable sneakers".

"We're starting with a leather trainer that's the lowest impact of its kind," said Michael Preysman, Everlane founder and CEO, adding that the shoes are "made with less waste and almost no virgin plastic".

Everlane previously stated it would never make trainers, claiming they are "a disaster for the planet".

"Of everything we wear, sneakers have one of the heaviest footprints," the brand said. "They require a ton of energy to produce, are made largely from virgin plastic, and never break down."

The brand chose low-impact materials for the components of its sneakers, and offset the carbon emissions for each pair to justify its carbon-neutral claim.

"Tread by Everlane is doing things differently, starting with the raw materials," it said.

Everlane sourced the leather for the uppers from a tannery in southern Vietnam, ISA TanTec, which it describes as the world's "cleanest tannery". It claims to use 42 per cent less electricity and 56 per cent less water than other facilities, and to emit 35 per cent fewer greenhouse gases. 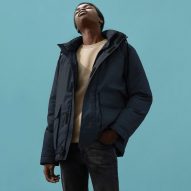 Everlane to eliminate virgin plastic from its supply chain

Rather than using virgin plastic for the soles, Everlane developed a composite of recycled and natural rubber.

The laces, lining and internal support are made from recycled plastic, with each pair incorporating 9.5 bottles, according to the brand.

This has helped to reduce the amount of virgin plastic typically used in the product by 54 per cent, and forms part of its mission to eliminate virgin plastic in its products by 2021.

The brand carried out a life-cycle assessment to establish the amount of carbon each pair of its trainers generates, including the impact of raising the cattle the leather comes from. It calculated the figure at 28.9kg CO2e or carbon dioxide equivalent, which is the standard way of measuring carbon emissions.

It then partnered with carbon-offsetting provider NativeEnergy to offset the carbon, for example by investing in projects that improve cattle ranching on American grasslands.

"Healthy grasslands pull an enormous amount of carbon from the air, so this type of initiative could one day lead to carbon-negative leather," the brand said.

Everlane was founded in 2010 by Michael Preysman and Jesse Farmer, and has stores in New York City and San Francisco. The brand aims to counteract fast-fashion by offering quality basics while being transparent in its sourcing and pricing models. Tread by Everlane comes in seven colours: black, grey, off-white, caramel, navy, light blue and soft pink.

Using recycled plastic in fashion is a popular trend right now. Other brands experimenting with the material include Adidas.

The sportswear brand launched a collaboration with Parley for the Oceans in 2015, which uses ocean plastic to make sneakers.

Photography is courtesy of Everlane.