Finland's new government has promised to reduce the country's fossil-fuel consumption and invest in renewable energy sources, after 80 per cent of Finns called for urgent action on climate change.

Following elections earlier this year, a new left-leaning government has promised to make Finland carbon neutral by 2035, with the target to be written into Finnish law.

"We are determined to tackle the challenge of climate change. But it needs to be done in a socially fair way," prime minister Antti Rinne, who was sworn in yesterday, said at the cabinet's first news conference.

In a recent government poll, 80 per cent of Finnish people surveyed said they felt that urgent action was required on climate change. A third of the country's land is in the Arctic Circle and rising temperatures will melt its permafrost and cause sea levels to rise in the Baltic.

To become carbon neutral in 15 years time, Finland will cut back on logging investments and try to reduce its dependency on fossil fuels and peat. It will also invest in renewable energy, including wind, solar and bioenergy, and heating and transport will be electrified.

Currently Finland operates one of the largest peat-fired power plants in the world, Toppila Power Station in the city of Oulu. 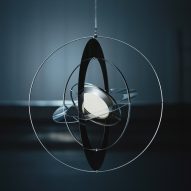 "Building the world's first fossil-free, sustainable society is going to require much more than nice words on paper, but we're determined to make it happen," Sini Harkki, a representative of Greenpeace in Finland, told the Guardian.

Instead of buying credits for carbon capture projects in other countries Finland plans to achieve the goal through reducing its own carbon emissions, although this policy will be reviewed in 2025.

Climate change and welfare made a priority

Finland's incumbent government aims to raise €730 million (£650 million) through taxes, including those on fossil fuels and selling off state assets. This money will be used for the carbon programme and improvements to the country's welfare system.

Finland's Social Democratic Party, the Green League and the Left Alliance all made gains in the April 2019 elections, despite the populist Finns Party warning, as reported in the New York Times, that the left's climate goals would "take the sausage from the mouths of labourers".

The town of Li in northern Finland has already been setting its own ambitious targets to help tackle climate change. The town will cut its carbon emissions by 80 per cent by 2020 and is aiming to become the country's first zero-waste community.

The picture on climate change is not as rosy elsewhere in Europe.

Recent elections in Spain have seen the country's government move to the right, with officials from Partido Popular pledging to scrap Madrid's low emissions zone, despite recent improvements in air quality.

Main image, showing the peat-fired Toppila Power Station in Oulu, is from Pixabay.