A major plan to reduce air pollution in Madrid may be repealed, because incoming politicians want to bring traffic back into the city.

Isabel Díaz Ayuso of Spain's right-wing Partido Popular (PP), who is expected to become president of the Madrid region, said that traffic jams are part of what make the Spanish capital special.

"It is a sign identity of our city, that the street is always alive," she told El País.

José Luis Martínez-Almeida, the PP candidate who is expected to become mayor of Madrid, has said that lifting the rules on traffic and air pollution in the Madrid Central area will be his first priority when elected.

"Our position was clear, and it was one of the pillars of our campaign," he was reported saying in El País.

Lifting traffic ban would be first for Europe

If PP takes power and remove Madrid's low emissions zone (LEZ), it will be the first example of a major European air quality directive being abandoned.

The LEZ was enacted in November 2018 by the outgoing left-wing mayor of Madrid, Manuela Carmena, after a European commission threatened Spain with legal action and a hefty fine unless it stopped infringing its rules on air quality.

Activist group Ecologists in Action conducted air-quality tests in the Madrid Central zone in April 2019, which showed that pollution levels around the busy Plaza del Carmen had almost halved in just a year, dropping by 48 per cent since 2018. 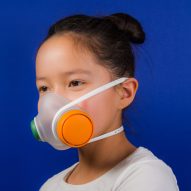 Woobi Play air-pollution mask is designed to appeal to children

But Martínez-Almeida said he believes there are more effective ways to tackle climate change and air pollution in Madrid, such as subsidising new low-emission cars.

He said that, if he becomes mayor, he will focus on "the problems that matter the most to Madrileños", such as street cleanliness and conservation.

30,000 people die from air pollution in Spain every year

Prior to the LEZ, Madrid was registering dangerously high levels of nitrogen dioxide in the heavily populated centre.

Nitrogen dioxide is produced by burning fossil fuels. In urban areas, the main cause of its polluting effects come from cars building up in traffic jams. Exposure to it causes health problems, including increased respiratory issues and decreased life expectancy.

In 2012, the European Environment Agency recorded 30,000 premature deaths in Spain linked to exposure to pollutants including nitrogen dioxide.