The UK government says building owners will face "consequences" if they do not use a new £200 million fund to remove dangerous cladding, 26 months after the Grenfell Tower Fire.

UK secretary of state for housing Robert Jenrick said that building owners who do not remove unsafe aluminium composite material (ACM) from residential tower blocks will be punished.

"Let me be clear, inaction will have consequences and I will name and shame those who do not act during the course of the autumn," said Jenrick.

"There is no excuse for further delay – and for building owners to fail to take action now would be frankly disgraceful."

Grenfell Tower caught fire on 14 June 2017 and 72 people died after being trapped in the tower block after flames spread up and along its new cladding, triggering a countrywide government safety review.

Dangerous cladding must be replaced

In 2014 government promised £400 million to replace the cladding on council-owned buildings and asked private building owners not to pass on the costs to their tenants.

However, following several cases where individuals were asked to pay tens of thousands towards replacing the cladding on their homes, the government set up a fund for privately owned buildings clad in ACM. Applications for the £200 million open 12 September 2019. 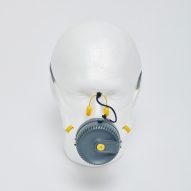 The UK government has also released £4 million of funding for the collection of data on building cladding types by local authorities. It has been estimated that over 170 private housing blocks have ACM cladding that needs removing.

Funding of £10 million has been earmarked for the a Protection Board, which will be a joint project between the Home Office and National Fire Chiefs Council.

This Protection Board will oversee interim safety measures in buildings clad with Grenfell-style aluminium composite material (ACM), updating residents and ensuring the owners of these buildings "are acting on the latest safety advice".

"Our proposals are an important step forward in shaping the future building safety standards," said Jenrick.

"The new Protection Board will make sure building owners don't flout the rules, as well as ensuring fire safety risks in other buildings are being addressed," he added.

Sprinkler minimum may be lowered to six floors

Changing the law when sprinklers will be required is also being considered.

A commission has been set up to review lowering the height of a building where sprinklers must be installed from 30 metres, or 10 storeys, to 18 metres or six storeys.

These rules would pertain only to new-build housing blocks built since 2007, and do not apply to retrofitting anything built before then. The BBC estimates that fewer than one per cent of council-owned tower blocks have sprinklers.

Grenfell Tower, a 24-storey-high council tower block, did not have a sprinkler system added during its £8.7 million pound refurbishment in 2016.

Prompted by the scale of the disaster, designer Rimal Bhatt has invented a universal face mask to help people breathe while being evacuated from tower block fires.