Once shopping had style. What you bought, where you bought it, and perhaps even what you wore when you bought it mattered. The stores, the stuff, and you all had to look good.

Before brand experience magnets on Fifth Avenue and discount outlet malls everywhere else, the temple of buying was the suburban shopping mall. Now dead malls, like zombies, inhabit our landscape, sucking the life out of our cities and suburbs with their acres of parking lots and windowless boxes.

They have given birth to websites and blogs that document their ghoulish persistence long after the last Foot Locker has closed. Their heyday is the setting for the current season of one of the most popular and haunting shows on television, Stranger Things.

Now their reuse is even a Presidential platform. Some of them are turning into colleges or libraries, while others are becoming spaces for the eager beavers of the gig economy. Surely, they will soon all – other than the very fanciest temples to high fashion experiences – disappear. I miss them already.

Just to be clear: I don't mean all malls, but the ones that have become ghosts: the suburban malls catering to the middle class. What I will miss about them, for all their faults, is their style.

They were anchored by one or two department stores, sometimes even more, that could range from Sears at the low end all the way up to Neiman Marcus at the top.

Their core would be a food court, which, especially after the 1980s, could also include such entertainment offerings as multiplex cinemas.

They were closed worlds, with no windows penetrating their facades beyond the entryways that invited you in from the parking areas that surrounded them. Their surfaces were hard and gleaming, both to be easy to clean and maintain, and to add a sheen to the experience.

Their central spaces were skylit and might host concerts or community raffles. They were, above all else, air conditioned.

They also had a character that was more complex than you might think at first. There was, for instance, the Gruen Transfer: named after the architect who designed the first of all them outside of Minneapolis.

It was the moment when the directed shopper, who had entered the mall to buy some underwear, became distracted by something they saw in a window, and started wandering.

Malls were designed to encourage that moment happening as soon as possible by bumping some stores forward into your line of sight, and by doing away with a single path.

The biggest malls' arms meandered towards the anchors and around the central atrium and its food court, helping you on the way to becoming lost and laden with shopping bags. 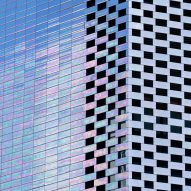 The stores seduced you in with floor to ceiling glass, visibility into all they had to offer, and an absence of corners. Everything was angles, from the shape of the floorplan to the transition between floor, wall and ceiling, so that you never encountered any obstacles, visual or otherwise.

The materials were slick and sleek, with a high degree of reflectivity, but in neutral colours so as not to compete with the merchandise.

There was a hierarchy to the malls as well, with a differentiation in class of stores between different wings and a rhythm from high traffic stores at the beginning and end of the sequence to lower attractors in the middle.

Shoe stores, whose proliferation always marked the downward trend in a mall, were given the least desirable locations. Later, carts and kiosks began gumming up the passageways in a desperate attempt to increase sales square footage and provide more distractions, but until then the aisles were meant to be places of movement and even flaneuring.

By the time the suburban mall was in its death spiral, it was the place where most Americans lived

As such, the malls performed an important social function to at least two distinct groups. First there were the teenagers, whose suburban life gave them little to no social space – let alone one in a temperate and controlled environment – to meet each other.

The social life of most suburbanites between the ages of 10 and 18 revolved around the malls, and especially their food courts. Their presence was balanced by that of the older people, usually retired, who also used the malls as social spaces, as well as places to exercise by walking its snaking corridors.

All of these factors, from the uses these malls had to their design, meant that they developed a manner of appearance that, if it was by no means uniform, provided a certain framework for suburban life.

It was the architecture equivalent of the car, as well as the fashion and home decor, that was the lived reality of those places where, by the time the suburban mall was in its death spiral, was the place where most Americans lived. 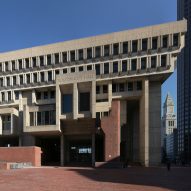 But, because they were seen as ugly and default (semi) public spaces, they were not studied, let alone designed, with the care lavished on most urban phenomena, from grand hotels to skyscrapers.

Certainly, few of these malls were beautiful from the perspective of traditional architecture, and they were non-sustainable energy hogs that demanded car travel and destroyed any sense of coherence around them because of their closed nature and the parking lots that surrounded them.

Yet the best of them, like Fox Hills Mall, the one the late Cesar Pelli designed in Los Angeles, or the inadvertently majestic South Coast Plaza in Costa Mesa, California, were meccas with superb qualities.

What is more, the very best malls appeared towards the end of the phenomenon's lifecycle, when both developers and architects felt it necessary to break out of the box.

They were seen as ugly and default public spaces, they were not studied, let alone designed

The theatre of shopping that was Horton Plaza, now condemned to becoming another place for gig-economy workers, was the best of Jon Jerde's attempts to turn labyrinths into sweeping curves and places of gathering into abstracted replicas of European villages.

The Mall of America outside of Minneapolis became a hybrid between a theme park and a shopping destination. In Miami, malls turned into jungles with stores dotted through them, a movement given further force by New Urbanism, which helped malls turn into replicas of gridded streets with all dirt and diversity conveniently still hidden out of sight.

Then the party was over, although the biggest and most open of the malls continue to thrive. The middle-class suburban mall will not disappear completely. It will morph into a town centre for newly densifying exurban locations, will go upscale as a collection of discrete shopping experiences, or will turn into hybrids like one in San Jose, which offers a community college, living-above-the-store, and shopping.

What we will lose is the mediocre labyrinth, the big box that had everything and where you could see all kinds of Americans, the place of gathering under fluorescent lights and air conditioning, the seduction of all modern, human-made, streamlined surfaces removing all barriers between us and what we desired. For all that, I will miss the suburban mall.