A solid gold toilet artwork has been stolen from an exhibition at Blenheim Palace, forcing the artist Maurizio Cattelan to deny that the theft was a Banksy-style hoax.

The artwork, reportedly worth between $5 million and $6 million, was part of a solo exhibition by Italian artist Cattelan titled Victory is Not an Option, which opened on Thursday and was set to run until 27 October 2019.

According to Blenheim Palace's CEO Dominic Hare, the artwork was stolen in a "very fast smash-and-grab raid" at the historic Oxfordshire house in the early hours of Saturday 14 September.

However, speculation has arisen that the theft was a hoax to deliberately destroy the work, similar to the prank orchestrated by street artist Banksy, who sent his Girl With Balloon artwork through a shredder at the moment of its auction sale. 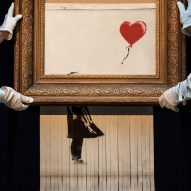 Italian artist Cattelan has denied staging the robbery, telling reporters that he "wished" it was indeed a prank.

"At first, when they woke me up this morning with the news, I thought it was a prank: Who's so stupid to steal a toilet? I had forgotten for a second that it was made out of gold," the artist said in an email to The New York Times.

"I wish it was a prank," said Cattelan, adding that the incident "is deadly serious if even a little bit surreal since the subject of the robbery was a toilet".

Hare told BBC Radio 4's Today programme that Cattelan is "mortified [and] shocked", and "feels like he is in a heist movie".

The solid gold work has not been found since the raid, leading to fears that it will be melted down.

A 66-year-old man was arrested in connection to the theft, and has since been released on bail, according to BBC reports. 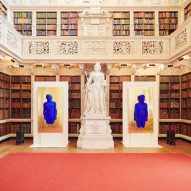 Cattelan created the golden artwork as a tongue-in-cheek comment on excessive wealth and "the American dream".

"We hope against hope that we can recover this precious work of art," said Hare in a statement send to Dezeen. "It is deeply ironic that a work of art portraying the American Dream and the idea of an elite object made available to all should be almost instantly snatched away and hidden from view."

"When you show the finest art to everyone, to the audience it was made for, you take a risk," Hare continued. "Almost always that risk is worth taking. We say that even today."

"We hope that the wonderful work of our dear friend Maurizio Cattelan becomes immortalised by this stupid and pointless act," he said. 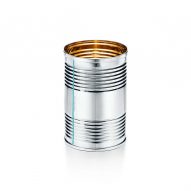 The work was previously installed in New York's Guggenheim museum in September 2016, where it was used by more than 100,000 people.

It hit the headlines last year after it was offered to US President Donald Trump by the Guggenheim's chief curator.

As the toilet was plumbed into the water closet at Blenheim Palace – the birthplace of World War Two leader Winston Churchill – the burglary resulted in "significant damage and flooding" to the stately home, according to detective inspector Jess Milne.

"America was the one per cent for the 99 per cent, and I hope it still is," the artist said in his email to the New York Times. "I want to be positive and think the robbery is a kind of Robin Hood-inspired action."