Architects and designers can't design ways to protect mass terror attacks in America's public spaces, but they should join the fight to eliminate the problem at its cause, argues Aaron Betsky.

When you want to attack a democracy, go for its public spaces. That seems to be the tactic more and more terrorists are using. In the US, it started with the Boston Marathon bombing, but the recent mass shootings in Las Vegas, El Paso, Dayton, and Midland have all taken place at least partially in the open.

What makes these recent attacks even more insidious is that they have involved readily available semi-automatic arms, rather than explosives.

Previously, when they were not inside buildings, mass attacks were on university campuses or other controlled – or at least theoretically controllable – areas such as schools.

When they took place outside, they involved either the making of bombs, which takes a fair amount of planning, or heavy objects such as trucks. Now you can be the victim of domestic terrorism walking down the street, driving in your car, or in a parking lot. All it takes is somebody is to take out a gun and start shooting hundreds of rounds a minute.

This means that attempts to stop terrorism with elements in or at the fringes of architecture is becoming increasingly useless. In a disturbing book published last year, Handbook of Tyranny, architect Theo Deutinger collected all the methods developed to control public space through both defensive measures and the installation of aggressive devices such as face recognition-enabled cameras.

The irony is that Big Brother's control mechanisms work, while the defensive ones do not. You cannot put metal detectors at every street corner, entrance to a shopping mall parking area, or highway entrance.

As the political will to remove such absurdly dangerous and useless (beyond open warfare) weapons from public life seems to still be either absent or stymied by the National Rifle Association and its allies, we have to return to the question of whether we can do anything by design.

The obvious answer is no. Not just because of the impractical task of creating either real or virtual gateways spread throughout sprawl, but also because such attempts mean giving in to the aims of terrorism.

They destroy those few chances we have to be together as a civic society, however functional or ugly most of our roads or parking lots might be. Turning public and semi-public spaces into "safe zones" would mean turning them into havens governed by paranoia.

Instead, there seems to be a sense that we can protect ourselves at least somewhat through more direct means, which is to say through clothing.

It has already started with the spread of bulletproof backpacks for school children, and no doubt soon H&M and Nike will be selling equally resistant hoodies and sweatpants. Then there are cars, which or course could be as armour-plated as the tank camouflaged as a limousine our Presidents inhabit. You can imagine all kinds of mobile shields and devices that might protect you.

On the other side of the terrorism and control spectrum, the complete face covers people in Hong Kong have started to wear to deter detection by CCTV cameras also turns them into impersonal cogs in a resistance machine rather than citizens fighting for their rights.

As long as they do not interfere with social interaction, why not? Of course, there is the class issue, which is to say that such devices are expensive. Terror already hurts the poor disproportionately, as the rich tend not to gather in public spaces anyhow.

The El Paso shooter targeted Walmart both because there were many Mexican and Mexican-Americans shopping there, but also because it was easier. There is also the simple matter of comfort and convenience. Finally, such protection will always be only partial, as soldiers serving in war zones know only too well.

Of course, the very fact that we are thinking about the pros and cons of such devices shows how bad the situation has become. Even without the implementation of any defensive measure, it is probable that the violence will effect its aims by scaring people away from public spaces they inhabited either as a routine part of their daily lives or in celebration of their shared enthusiasms for music or other cultural goods.

I do not think that the shootings have caused any major drops in visitations to Walmart, or concentrations of bars such as the one where the shooting in Dayton took place, let alone a drop in automobile traffic in totally car-dependent Midland.

But if there are a few more events such as we have experienced in the last few months, such a shying away from public space will probably happen.

That, in turn, will be fine in a society where more and more of us turn to online shopping, socialising, and gathering. Yet it will also then isolate people more and more into their own bubbles where everybody believes and wants the same thing, giving more fuel to terrorists who want there to be nothing outside that confined world, whether it be virtual or real. If they sally out, it is only to destroy.

Can design respond by making public spaces more attractive and seductive? Certainly that might help, but that would involve an investment in such open spaces that do not provide direct economic returns, something that is not likely in the United States. There is money for defensive measures, not for making everyday public space better. 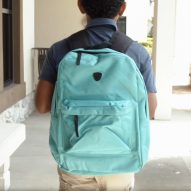 If this sounds grim and perhaps fatalistic, I am afraid it is. It is, however, also a call to arms. Or rather, a call to join the fight to take away the means of mass terrorisation, which is to say firearms. Private use of them should quite simply be banned.

Yes, a determined person with a knife or a car can do damage, but not enough to create the cycle of paranoia and defensive measures in which the United States is now caught up.

What can designers do to either prevent harm by domestic terrorists or mitigate its effects? Don't act as professionals, but as citizens who want to have a free and open society in which and for which they can design.