British curator Beatrice Galilee has launched a new architecture forum that will kick-off as a conference in New York next year, with speakers including Elizabeth Diller and Shohei Shigematsu.

Dezeen is media partner for the inaugural edition of The World Around and will be livestreaming the all-day series of talks, set to take place on Saturday 25 January 2020 at the Renzo Piano-designed The Times Center in New York.

"We established The World Around to meet the need for accessible, mind-opening public discussions about our spatial environment, considered from the wide-ranging perspectives of today's most influential practitioners and thinkers," said Galilee.

The conference will be the first produced as part of the platform that Galilee has established with private equity executive Diego Marroquin and Alexandra Hodkowski. The trio teamed up to create events that will tackle architecture through three concepts  – the "now, near and next" – and disseminate them to a wider audience. 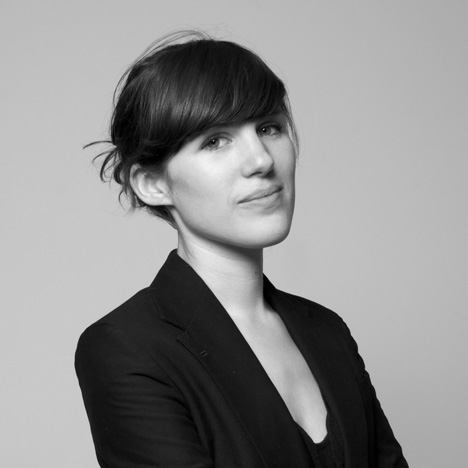 "Exhibitions are places to be occupied, not just things to be observed" - Beatrice Galilee

In the New York edition, Now will focus on 10 new buildings, places, exhibitions and projects of the current year, while Near will look to the architects, designers, artists and thinkers making waves in the industry. The last element, Next, will focus on new projects by New York's architects.

Additional topics include the effects of data technology and the ways that architecture and design can address environmental issues.

"We want to reflect on how new ideas in architecture are impacting lives, from urban planning to game design, from tech development to community-based projects," Galilee said. "We also want to consider the broader forces that are sparking contemporary architectural culture, whether they're art or activism, environmental studies or spatial research."

"By now, we all know that architecture is about bricks and mortar, steel and glass, but also about how we think, feel, live, work, play, and dream," she continued. "That's why we've dedicated The World Around to the audience with the most vital interest in the now, near and next of architecture: everybody."

According to Marroquin, The World Around is the "the logical evolution" of architecture series In Our Time: A Year of Architecture in a Day at the Metropolitan Museum. Galilee established and ran the event from 2016 to 2019 while she was architecture and design curator at the New York museum.

The World Around will expand on this with activities held throughout the year, like retreats, workshops and small gatherings, while future conferences are set to be held in other cities.

Her partners on the new venture are Marroquin, who runs investment management company AREA Capital – which is the founding sponsor of the event – and Hodkowski, who co-founded the Head Hi community space in the Brooklyn Navy Yard.

Tickets to first event are available for purchase on The World Around website. The event will also be livestreamed on Dezeen and simulcast to select architecture and design schools.