The American Institute of Architects has called for Donald Trump to reverse his "shortsighted decision" to withdraw the US from the Paris Agreement amid the global climate crisis.

AIA president William Bates issued a statement on Tuesday 5 November, the day after the US president notified the United Nations of America's withdrawal.

"The economic impact to the United States as a participant in the Paris Agreement is a fraction of the toll we will pay if we do not make climate action a top priority as a nation," he added.

The 2015 Paris Agreement was developed by the United Nations Framework Convention on Climate Change (UNFCCC) to commit the world's nations to actions that could reduce global warming. It was signed by 195 countries in 2016 including America, which was administered by Barack Obama at the time.

The AIA hopes Trump will reverse the action ahead of November 2020, which is the earliest date that the country can leave due to strict guidelines. "The stakes couldn't be higher – a reversal of this decision is critical," Bates added.

The call-to-action forms part of a fraught relationship between the AIA and Trump with the two coming to disagreements over America's role in the global climate crisis.

The AIA condemned the president in 2017 when his intention to withdraw from the Paris Agreement. The following year, it called on its members to sign an open letter to Trump as a means of voicing its opposition to his climate change policies. 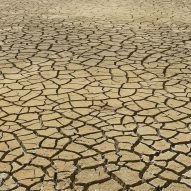 "As a large contributor to greenhouse gas emissions and as one of the most sophisticated countries in the world, we are capable of reducing these harmful effects on the environment."

A US government proposal about manufacturing new asbestos products that could damage the environment was also denounced by the AIA.

The protest to the withdrawal also aligns with AIA's commitment to addressing the architecture industry's effect on the climate issue, as outlined its five-step plan to drive climate action released this year.

"The AIA will continue to prioritise climate action in an effort to support architects – and the entire design and construction field – in this critical role," Ivy added.

As concern about climate change grows, a number of protests have occurred all over the world this year, following Swedish teen Greta Thunberg's call for nations to improve their action. Architects and designers joined Thunberg for a Global Climate Strike on 29 September, with marches held in New York, London and cities around the world.

Founded in 1857, the AIA comprises over 200 chapters of US architects. In addition to its efforts on climate change, it announces top architecture projects every year such as Small Project Awards 2019 and AIA 2019 Honor Awards.

Photograph is by Aaron Schwartz, courtesy of Shutterstock.