New York City has introduced a bill that will rank and grade large buildings according to energy efficiency.

The Local Law 95 implemented by the New York Department of Buildings will require structures that are 25,000 square feet (2,322 square metres) and over to report publicly on their data energy and water use.

The protocol, which will come into action early 2020, is intended to encourage buildings to improve their energy efficiency standards. New scores will be produced every year taking into account any amends made to structures.

Buildings to be graded from A to F

Information on the building's energy use will be processed by an online tool created by the Environmental Protection Agency's Energy Star programme and turned into an "energy efficiency grade", rated from A to F, as reported by the New York Times.

The system will also take into consideration a building's size, type and number of occupants.

Buildings will then be required to post these grades in a clearly visible location, similar to how the city's restaurants are graded regarding cleanliness and code violations.

The rules of Local Law 95 stems from the 2018 city bill Local Law 33, which has since been revised with a stricter scoring system. 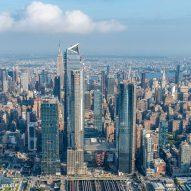 Before, a D grade was given to those that scored less than 20, but now if they are less 55. An F, meaning failure, is given if the building owner has not complied in accordance with the rules.

An A grade, however, is now easier to get with the revised bill as the energy emission score is 85 or above rather than 90 or above.

Buildings responsible for 71 per cent of greenhouse gas emissions 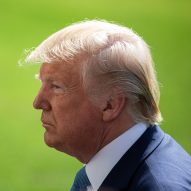 Earlier this year, New York City mayor Bill de Blasio unveiled his proposal for the Green New Deal, which called for a ban on glass skyscrapers and fines for energy-guzzling high-rises.

De Blasio's announcement came shortly after the city passed the wider Climate Mobilization Act, comprising a series of bills to reduce carbon emissions and mitigate global warming. The goals include reducing the emissions by 40 per cent by 2030, and 80 per cent by 2050.

Environmental issues have similarly taken centre stage in the architecture industry across the US. The American Institute of Architects (AIA) stated the climate crisis was a "top priority" among its community and released a five-point plan to drive climate action.

The goals of the AIA have come at odds with US president Donald Trump. Last month, the AIA denounced Trump's decision to withdraw the US from the Paris climate change agreement – which commits the world's nations to actions that could reduce global warming.

In 2018 the US organisation also called on its members to sign an open letter to Trump as a means of voicing its opposition to his climate change policies.