The upset caused by the resignation of Cooper Hewitt director Caroline Baumann is the least of the design museum's problems, says Aaron Betsky.

Whatever may have happened that led to the dismissal of the Cooper Hewitt, Smithsonian Design Museum director Caroline Baumann last week, the whole affair was badly handled by the Smithsonian Institution, of which the museum is part, at least as far as public appearances go.

I do not know exactly what really occurred in terms of the director's wedding and allowing non-profits to use the museum's facilities, which seems pretty straightforward and normal to me. But I do know the turmoil will only further damage an institution that has, for most of its existence, failed to live up to its name while presenting one mediocre exhibition after another.

Full disclosure: I was one of the final candidates during one of the searches for a director in the naughts. Beyond a small sense of "I told you so", however, what I feel more than anything is a profound frustration that the institution that should be the forum for ideas about how to redesign our human-made world – as well as a showcase for good design – is instead a footnote in the national design discussion.

The building is utterly unsuited to both exhibitions and public debate

I believe the main reason the museum has not lived up to its potential is not the fault of any people, but of the building the institution calls home. I have said in the past, most recently after the Cooper Hewitt stuck over $90 million in renovating their mediocre Robber Baron perch on the far northern reaches of Manhattan's Fifth Avenue, that the building is utterly unsuited to both exhibitions and public debate.

Designed (not very well) as a private residence in 1902, it has no spaces that work for displays, even now that the attic has been opened up for that purpose. It is forbidding and unwelcoming and located in a neighbourhood inhabited by the one per cent of the one per cent. It also has no good places for public gatherings. It might be impressive and grand, but that is exactly the problem in terms of attracting a wide audience.

Partially as a result, exhibitions there have rarely looked good. About the only displays I have seen there that seemed to gain from their surroundings are those of jewellery and small bits of textile. Even the otherwise well-conceived jazz age exhibition of 2017 lost all its luster in the sepulcher of dark wood that is the Cooper Hewitt.

When the museum showed the work of designers such as Joris Laarman, a Dutch wizard of new materials, computer-aided form, and decorative modes transformed for the digital age, the distance between his work and its surroundings, as well as the methods of display, drowned their achievements.

The exhibition of pieces from the museum's permanent collection, which is extensive and excellent, up in that attic is better but still muted in its effect. Nothing shines, nothing stands out, nothing convinces you of design's ability to let us not only use our world in different and better ways, but also see it from new perspectives. 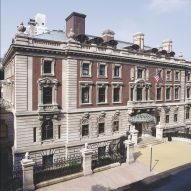 The Cooper Hewitt's attempts to place itself in the centre of the debate of what design is and why it matters have largely taken the form of its triennials, which attempt to bring together today's most innovative and important designs.

These events have tended to concentrate on the environment and on opening up possibilities for those who, whether for social and economic or physical reasons, have been excluded from the discipline's benefits. That is all very laudable, and some of the work included in these events has been not only laudable from those perspectives, but also beautiful.

Most of it, however, has remained both obtuse and even ugly in its form, precluding its ability to be anything but design that confirms the poor in their place and responses to our climate crisis to the margins. Much of it has also been out of date by the time it has come to be on display. Finally, the manner and place of that exhibition has deadened the designs' impacts into drab canaries in a gilded cage whose songs consist of overly long wall labels and videos trying to tell us why we should look at this stuff.

The institution has also invested heavily in education and no doubt has made contributions especially to local primary and secondary students' awareness of design. Those achievements, however, do not match the national profile the Cooper Hewitt accords itself. The augmented reality gizmos it has commissioned, which provide additional information about design artefacts, range from the momentarily delightful and ultimately forgettable, to second-rate enhancements that your typical phone will outdo with a minute's worth of web crawling. 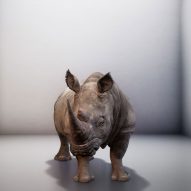 Then there are the National Design Awards, which attempt to be the Oscars of the design discipline (again, a caveat: I was nominated several times in the past). After a strong start, in which they served to bring attention to younger designers while giving established names whose work had benefited various aspects of design recognition, they ran out of steam about a decade ago.

Now I would be hard-pressed to think of anybody who achieved that award recently, or why they did so. Beyond the ceremonies that celebrate these awards, the Cooper Hewitt has done little to impact a national discussion or focus on design.

Private institutions run rings around all of our American museums

For now, the leader in all of this remains the Museum of Modern Art, located more centrally in Manhattan and with display and gathering spaces that are more conducive to design. The San Francisco Museum of Modern Art and the Art Institute of Chicago also do good work, although many other institutions that were central to the design debate, such as the Walker Art Center in Minneapolis and the Museum of Contemporary Art in Los Angeles, have been quiescent.

A resurgent National Building Museum in Washington DC, also located in a difficult building for exhibitions, has figured out how to overcome some of its limitations to mount spectacular and highly popular displays of architecture. Meanwhile, private institutions such as the Vitra Design Museum outside of Basel, Switzerland, run rings around all of our American museums.

I would hope that the Smithsonian might use this whole debacle to rethink the Cooper Hewitt so that it can truly become a national design institution. A very good first step would be to do what has seemed obvious to me for a long time: sell the existing building and use those funds to find a larger, rawer, more suitable home in a neighbourhood more centrally located to today's cultural debates and design research.

Design is central to how we are going to make our world better. The various disciplines that make it up are changing rapidly, but they are doing so based on accumulated knowledge, skill, and beauty that we need to see and understand more fully. We need the Cooper Hewitt to become that institution.