Barozzi Veiga has completed the Tanzhaus dance centre in Zürich, which opens onto a promenade along the river Limmat with a concrete arcade of trapezoid openings.

Barozzi Veiga  designed the building to replace an existing structure that originally housed the Tanzhaus and the Swiss Textile School, which was destroyed by a fire in 2012.

The architect won a competition to create the dance school's new home in 2014 with a two-storey structure that steps down sloping the river bank.

"The project aimed to reactivate the promenade along the river, transforming and redefining the previous residential conditions of the location," said the studio.

"In this way, the building is defined as a simple and tiered volume of space integrated into the slope and barely noticeable from the outside."

The private teaching spaces of Tanzhaus are housed on the upper floor, while a double-height public performance spaces and a triple-height auditorium occupy the lower level.

An elongated foyer runs alongside the river, accessed through the "permeable facade" of the trapezoidal arcade, infilled with glazing and accessed via a metal door in one of its openings. 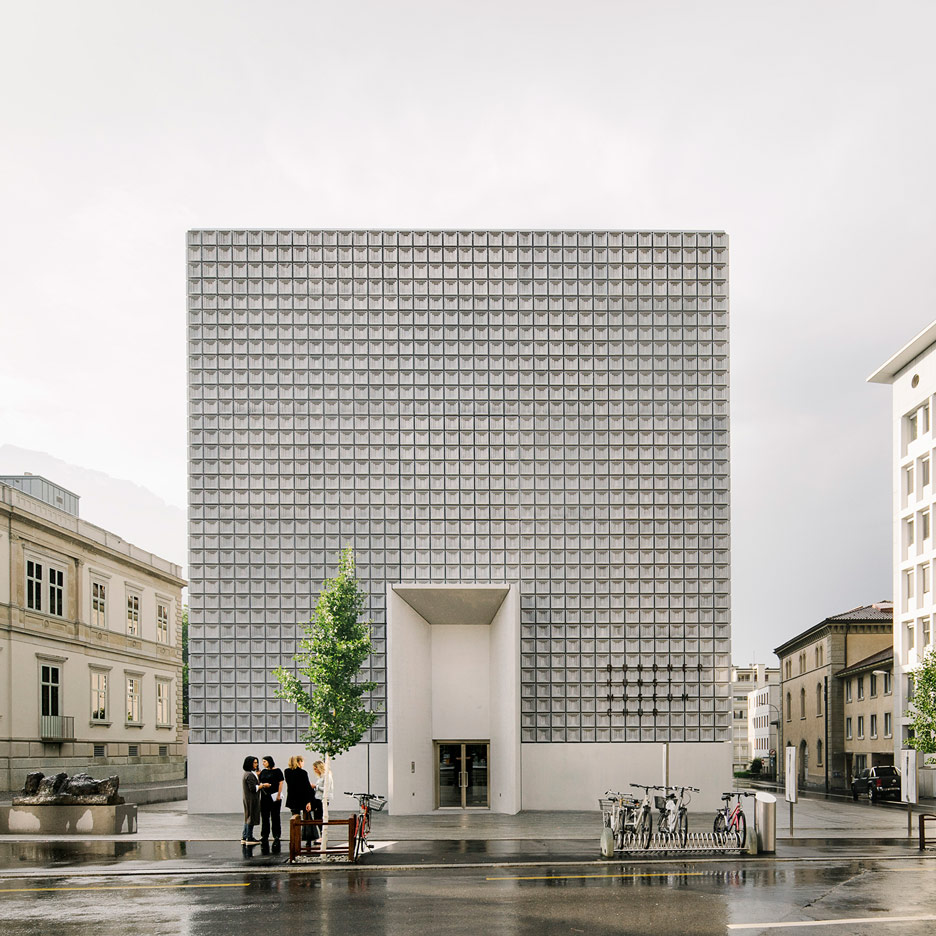 "The choice of the trapezoidal form is the result of a transformation of the traditional orthogonal system of pillars, beams and rectangular openings," said the studio.

"Indeed, the repetition of this shape and the use of a performing insulated concrete allowed for a continuous structural facade, which, at the same time, protects and characterises the building."

A concrete stair at one end of the building provides access from the street down to the riverbank, via a gravel terrace atop the lower level that creates another area of circulation overlooking the river.

"This division allows for different accesses and activates the circulation around the building, reinforcing its public nature at that level in direct contact with the river Limmat," explained the studio.

Lightweight metal frames provide a means for climbing plants to grow around the edges of the trapezoidal openings, casting dappled light into the foyer spaces.

In the largest auditorium, the openings of the first floor become clerestory windows, creating an internal geometry that mirrors that of the exterior.

The interiors have been finished with bare concrete, with the performance spaces finished with an upper band and ceiling of acoustic panelling and able to be enclosed by black curtains.

Barozzi Veiga is an architecture studio in Barcelona that was founded by Fabrizio Barozzi and Alberto Veiga in 2004.

Previous cultural buildings by the studio include a gridded concrete extension to the Bündner Museum in Chur, and the translucent Szczecin Philharmonic Hall in Poland, which was awarded the Mies van der Rohe Award in 2015.