Dezeen's Face to Face podcast series continues with an interview with designer Thomas Heatherwick, who talks about his childhood fascination with engineering, his distaste for architectural discourse and how he completed his first building while still a student.

Heatherwick started off by talking about his studio, which is located close to Kings Cross station in London and is full of models and collected objects.

"My studio is a giant version of my bedroom when I was nine years old," he explained. "A lot of the objects are remnants of design processes that we've been working on and failed experiments."

"And so if we were talking about cars, the next weekend we would go to [...] the car show. Or if we were looking at buildings, my father then took me to Milton Keynes, where a whole new city was being built."

Though he was interested in architecture, the aloofness of the profession put him off, so he decided to study design instead. "I'd witnessed how disconnected the architectural world at that time was from the real creation of places," he said. "It left me cold."

Yet he was always interested in architecture and city-making. He designed his first building when still a student of three-dimensional design at Manchester Polytechnic University.

The small wood, metal and plastic pavilion was inspired by a collapsing farm building. Realising he couldn't build it on his own, he involved people from other departments and local industry to help him.

"I can't work effectively by myself"

Heatherwick explained how this collaborative approach has defined the way he has worked since.

"I can't work effectively by myself," he said. "And it's no fun. I feel sorry for artists who work by themselves. And so the studio has grown out of that."

While Heatherwick isn't a trained architect, he's now building on a huge scale, with projects such as the new Google campus in Mountain View, California underway.

His large-scale projects, including the new Coal Drops Yard in London and the Vessel in New York, feature a strong dimension of public accessibility designed to encourage social interaction. Coal Drops Yard, for example, features lift buttons that are "a bit rude" to provoke people to touch them.

"People are lonelier than ever"

According to Heatherwick, this stems from his interest in a "human-centred approach" to design that counters the effect the digital realm has had on placemaking by creating "hyper-physical spaces".

"People are potentially lonelier than ever," Heatherwick said. "The digital has meant the hyper-physical has become more important than ever."

Produced by Dezeen's in-house creative team Dezeen Studio, Face to Face episodes will be released every Tuesday for the next eight weeks. Interviewees will include Hella Jongerius, John Pawson and Roksanda Ilinčić.

Artist, designer and director Es Devlin featured on the first episode of Face to Face, where she discussed her seaside upbringing, her maverick student years and her meteoric career. 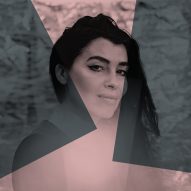 "Every time someone wanted me to write an essay, all I wanted to do was paint a picture" says Es Devlin in Dezeen's new podcast