Prada, COS and Louis Vuitton are among the leading fashion brands that are retooling to manufacture surgical face masks in response to the shortage caused by Covid-19.

Yves Saint Laurent and Balenciaga have begun production of cotton face masks. Other brands including COS, Zara and Mango have also committed to making the surgical masks, while luxury conglomerate LVMH (Moet Hennessy Louis Vuitton) has promised to donate millions of masks and medical-grade respirators to replenish dwindling supplies.

Prada has announced that it will be producing 80,000 medical overalls and 110,000 masks in its factory in Montone in Umbria. These will be allocated to healthcare personnel in Tuscany, following a request from the Italian region's government.

The company is making loose-fitting cloth masks that cover the nose and mouth, offering one-way protection to capture bodily fluid leaving the wearer. Although these masks can't provide full coverage against coronavirus they can stop coughs and remind the wearer not to touch their face.

While Charney hopes his factory can produce 300,000 masks and 50,000 gowns in a week, Siriano has reassigned 10 seamstresses in New York to make a few thousand masks per week.

French luxury group Kering has announced it is purchasing and importing three million surgical masks from China to donate to the French health service.

Kering-owned Balenciaga and Yves Saint Laurent are also preparing to manufacture masks, although it is unclear to what timescale.

"The French workshops of Kering's Houses Balenciaga and Yves Saint Laurent are preparing to manufacture masks while complying with the strictest health protection measures for their staff members, with production getting underway as soon as the manufacturing process and materials have been approved by the relevant authorities," Kering said in a statement released on 22 March.

Gucci, also owned by Kering, has said it will donate over one million masks and 55,000 pairs of medical overalls to Italy in the coming weeks.

COS, Zara and Mango set to make masks

High-street brands have also joined in the fight. Spanish group Inditex – owner of Zara and Mango – has pledged to produce surgical masks, and claims to be in the process of distributing two million donated masks across Spain. 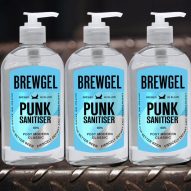 COS, owned by H&M Group, announced in an Instagram post that it is preparing to produce masks for healthcare workers as a "first step", and will share more updates of its actions in the following weeks. It is not yet known what type of masks COS intends on producing.

Luxury goods conglomerate LVMH announced it will be ordering a total of 40 million FFP2 disposable particulate respirators and surgical masks from China to be distributed to healthcare workers in France.

These tight-fitting respirator masks, the most common of which are those labeled FFP2 in Europe or N95 in the US, provide two-way protection, and are harder to manufacture.

LVMH, which owns well-known brands like Dior, Givenchy and Fendi, explained in a statement that seven million surgical masks and three million FFP2 masks would be delivered in the days following the announcement. This order will be repeated for at least four weeks in similar quantities.

Meanwhile, non-fashion companies are also working to restock dwindling medical supplies. Apple CEO Tim Cook announced in a tweet on 21 March that the company was donating "millions of masks for health professionals in the US and Europe".

Ford recently followed in the steps of fellow automakers Tesla, Vauxhall and General Motors in contributing to ventilator and mask supplies.

The American car brand announced yesterday that it is working with 3M to manufacture at scale Powered Air-Purifying Respirators (PAPRs), which come in the form of a hood, or full-face mask.