Luigi Feltrin, founder of Italian furniture brand Arper, has passed away near Venice at the age of 85 after contracting coronavirus.

"My brother Mauro, my son Giulio and particularly I were lucky enough to be able to work alongside my father at the company," said Arper's president Claudio Feltrin.

"The past 48 years have enriched me in a priceless way, because with a mentor like him, one can only get better and better."

Luigi Feltrin was born in 1934 in Italy and lived in the northwestern Piedmont region when he was young. He moved across the border to live in Switzerland for a period, before returning to Italy and starting a leather processing business.

Feltrin could "see beyond the obvious"

It was this experience with the material that he channelled into founding a furniture brand with his family – Arper – in Monastier di Treviso, north of Venice.

His employees credited their founder's natural intuition and "ability to see beyond the obvious" for Arper's continued success. 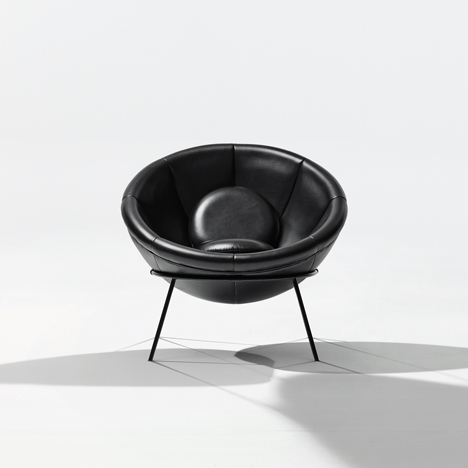 Today the brand employs 260 people and has a turnover of €72 million (£63.5 million). Arper has 12 showrooms around the world, including New York.

Among the company's releases is the relaunched bowl-shaped chair designed in 1951 by Modernist architect Lina Bo Bardi.

"He visited the company daily"

In a statement from the brand, Feltrin was commemorated as a committed and caring founder.

"Intuition and entrepreneurial spirit have always distinguished Mr. Luigi, who was loved not only by his family but also by Arper’s employees, with whom he always maintained a sincere and participatory relationship," read the statement from Arper.

"He visited the company daily and never failed to share his passion and sincere admiration for the brand and its products with everyone."

"Start out again and do things better"

On the Arper website, its founder is remembered in the words of advice he gave to his employees.

"I tell young people that we may find a few difficulties and obstacles along our life’s path. But they mustn’t get downhearted at the first hurdle, they should stop and think things over. Not for too long, a quarter of an hour at most," said the late Feltrin.

"Start out again and do things better. Don’t get discouraged, think things over. It has happened to me several times," he added.

"I just stopped and then started out again."

Italy has had one of the worst outbreaks of coronavirus in the world, with over 16,500 deaths. Another victim of the virus was Italian architect Vittorio Gregotti.

Main image is by Giovanni Gastel.