Nine leading Italian design brands have signed a manifesto urging the government to allow them to restart production after Easter amid concerns "it could take 20-30 years" for the sector to recover from the impact of coronavirus.

A manifesto signed by the brands calls for lockdown restrictions to be lifted on 14 April to avert an "industrial and economic catastrophe that would destroy thousands of businesses, meaning hundreds of thousands of jobs lost."

"Today the main objective of the group, and of the entire sector, is to ensure that production will recommence as foreseen on the 14th April," says the manifesto, which is titled "Design Doesn't Give Up".

"It is a very important, almost decisive choice that will have a profound impact on the industrial, economic and social future of our country," the manifesto states.

The manifesto also reveals that the brands have called for landlords of showrooms and offices around the world to slash rent in half to help companies' cash flows. 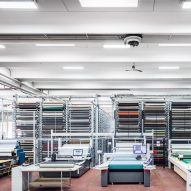 "The group's first tangible result was a document drawn up two weeks ago to request a rent moratorium for all commercial properties that are currently closed," the manifesto says.

"The companies proposed to reach an agreement that would reduce the cost of rent by 50 per cent from April to December 2020. The request was immediately sent to all landlords of rented properties throughout the world and today constitutes an important tool and an effective basis for discussion."

"Hundreds of thousands" of jobs at risk

The manifesto makes bleak predictions about the impact that coronavirus, and the lockdown imposed across Italy last month, could have on the furniture sector.

"We continue to support the manufacturing sector as central to Italy, but it is important to remember that in 2017 in the European ranking we lost the long-maintained second position, following Germany, to France," the manifesto states.

"It is therefore fundamental that together we address the issue of returning to work and recognise the importance that this decision will have in preventing a great human and social tragedy transforming into a consequent industrial and economic catastrophe that would destroy thousands of businesses, meaning hundreds of thousands of jobs lost."

The manifesto highlights the importance of the sector to the Italian economy.

"The furniture and design sector constitutes one of the three strategic sectors of Italian production," it states. "With the strength of its 20,000 active companies and 130,000 employees, the sector generates 23 billion in turnover with an export level that exceeds 60 per cent.

The wider timber and furniture industry in Italy consists of 75,000 companies employing 315,000 people, according to the manifesto, and has an annual turnover of €43 billion.

Last week, Italian brands were cautiously optimistic that they would be allowed to reopen their factories after Easter, following their enforced closure on 9 March.

We hope to open soon," furniture brand Molteni&C told Dezeen while a spokesperson for Zanotta told Dezeen they were "anxiously" awaiting the all-clear from the Italian government.

Dated 8 April, the manifesto was sent out in a press release yesterday, 10 April. However, Italian prime minister Guiseppe Conte yesterday rejected calls from the design industry and other sectors and announced the lockdown would be extended until 3 May.

Conte described the three-week extension of the lockdown as "a difficult but necessary decision".

The manifesto warns that extending the lockdown could damage competitiveness against countries that have introduced less stringent measures. 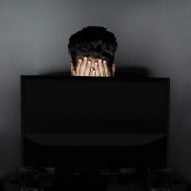 "If the closure continues further then the endurance of the industrial system will be severely tested," it states. "Many of our competitors, for example in Germany and Scandinavia, continue to operate regularly in these weeks."

"For many companies in the sector, this would mean that they would no longer be able to open again. We could lose 20-30 per cent of our industrial heritage and witness serious damage to the industry. All of this would inevitably result in the loss of tens of thousands of jobs. It could take 20-30 years to recover what we would lose in a few weeks."

Italy has suffered more coronavirus deaths than any other country, with the total number of fatalities now standing at almost 19,000.