Museums should use the disruption caused by coronavirus to fundamentally rethink how they operate and what their purpose is, says Owen Hopkins.

In late summer 1939, in anticipation of the imminent start of the second world war, all the paintings in London's National Gallery were taken down and transported to an old slate mine in Wales for safe keeping. As the bombs rained on the city during the blitz, the gallery organised a series of lunchtime concerts taking place in its empty galleries.

Once the worst of the bombing had abated, the gallery allowed one painting per month to be brought back to London and put on public display. Attracting huge crowds and much attention, these exhibitions demonstrated the importance not simply of art or culture but for people to find ways to come together at a time of profound national crisis.

Museums have become public buildings without a public

Today, the National Gallery is empty not of paintings but of people. This situation is repeated in museums across the world as their doors remain closed in response to the coronavirus pandemic. Everything remains in situ just no-one is allowed access, save for the security guards who now have the run of museums by day as well as by night. Museums have become public buildings without a public.

In the absence of visitors on-site, many museums have looked to engage people online. Soon after the lockdown, the British Museum reported a surge in online visitors. Other institutions, such as the Royal Academy of Arts, have gone for an irreverent approach attempting to lighten the mood with amusing tweets. Meanwhile, the #GettyMuseumChallenge has produced countless memes of people re-creating famous artworks from the confines of their homes.

The success of many of these initiatives will no doubt inform many museums' approaches to audience engagement as and when lockdown restrictions are relaxed. But despite the positivity online, the situation remains dire for museums large and small, with many likely to struggle to reopen.

The absence of the visiting public has brought into stark relief the extent to which many museums are utterly dependent on footfall for their financial viability. Visitor numbers are critical not just for entry fees for those museums that charge them, but to drive ‘secondary spend' in cafes, shops and memberships. With social distancing the new normal, the age of the blockbuster exhibition, with people packed into galleries to catch a glimpse of a must-see masterpiece, seems all but over.

But beyond finances, museums face less immediate, but arguably even more fundamental challenges as their activities shift online. While digital initiatives are keeping museums in the public eye and potentially connecting them to new audiences, the homogenising effect of social media means museums risk losing much of what vitally distinguishes the experience of a visiting a museum to that of other leisure activities, say, going to a theme park or even cinema.

Not only is the audience that engages with museums on social media a demographic subset of those who visit them in person (which itself is hardly representative of the public at large), but the content produced for these platforms is necessarily determined by what's most likely to appeal in the online marketplace of attention. Museums become just another brand.

The consequence of this is that museums risk losing what we might call their exceptionalism. Beyond simply differentiating what they offer from other forms of leisure, this is the notion that visiting a museum offers a way of making sense of the world around us. That as repositories of human creativity and endeavour, museums are almost sacred spaces existing outside of time, connecting the past to the future of human existence. 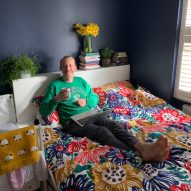 Aside from the present crisis, this status which has been frequently claimed for museums since their origins in the Enlightenment, has been under sustained critique for some decades now. For the the Guerrilla Girls in the 1980s, it was a question of representation, pointing out in one of their most famous works that "Less than 5 per cent of the artists in the Modern Art Sections are women, but 85 per cent of the nudes are female", and asking, Do Women Have To Be Naked To Get Into the Met. Museum?

For today's decolonisation movement, what's in question is the whole basis of the museum as a project of colonialism. Museums, we are rightly reminded, are not eternal institutions, but have a history, which in the case of our "encyclopaedic" national museums, is inextricably tied to the age of empire. Museums are "not neutral" but entirely ideological spaces.

It's not museums' exceptionalism that we should be debating, but the museum itself

This has led to a variety of arguments for change, from the simplistic student politics of the call that museums should "display it like you stole it", to more nuanced, heterodox approaches to recontextualisation and even restitution. And, of course, these have been countered by those worried about the loss of museums' unique ability to hold up a mirror to the world, however contested this may be.

But maybe both sides are missing the point and it's not museums' exceptionalism that we should be debating, but the museum itself. A telling comparison here is the crisis faced by print media with the rise of the internet in the 2000s. Until then, a magazine was the physical object. How could it survive online? But, of course, this question was answered by new formats and new financial models.

So perhaps when it comes to thinking about museums, we should take a step back and similarly think from first principles about what it is they are for and then work out the best model for delivering that – whether it is a museum as conventionally conceived or something else. My hunch is that rather than attempt to reconcile the contradictions inherent in museums, we should start again and rethink them from the ground up.

This thinking has got to happen outside the museum world as much as within. Like all institutions, museums have a vested interest in sustaining themselves.

In a recent article, the V&A director Tristram Hunt suggested that "Museums should use the long journey back to normality to renew their mission, connect with new audiences in new ways and help reconnect the public with material works of profound creativity". While on the surface it sounds progressive, underneath it is really just an argument for the status quo.

Even if we take Hunt's aspirations at face value, there might be better models for achieving them than the traditional museum, ones that are less fixed, less centralised, less hierarchical, and taking a cue from online media, less defined by the physical form of their existence – that is, architecture.

Just as the crisis imposed by the move online forced magazines to refocus their attention on the relationship between reader and content, so museums should use the present moment to rethink the similarly fundamental relationship between object and viewer. There may not be a better opportunity.