Is tearing down a statue writing or rewriting history? That was the argument that raged over the weekend on Twitter following the toppling of the statue of 17th-century slave trader Edward Colston in my hometown of Bristol.

The statue was pulled down and thrown into the harbour spontaneously during a Black Lives Matter protest following the death of George Floyd in police custody in Minneapolis two weeks ago. In a moment, these protesters had achieved something that Bristolians had been unsuccessfully campaigning for for decades.

Was it legal? No. Was it successful? Undoubtedly.

As seems to be the trend right now, what followed was an outpouring of emotion on social media, with people falling into camps to defend or attack the protesters. Many in Bristol and much further afield celebrated the fact that the slave owner, who is responsible for at least 30,000 deaths, had been unceremoniously deposed. Another group, including several high-profile politicians of colour and the UK prime minister, decreed it unlawful and "utterly disgraceful".

The statue does little to condemn Colston and his contemporaries

The argument against the statue's removal, beyond the fact that it was criminal damage of a grade-II listed structure, is that its presence helped Bristol to remember our collective slave-trading past and the role the city played in transporting hundreds of thousands of enslaved Africans to the Americas. The port city of Bristol in the south-west of England was heavily involved in the slave trade and in the early 18th century was the UK's leading slaving port. It is estimated that more than half a million people were taken into slavery by Bristol traders.

This statue, however, does little to condemn Colston and his contemporaries for their involvement in the horrific reality of slavery in building Bristol's prosperity. Rather, statues by their nature are celebratory. A prominent monument immortalising Colston is certainly no substitution for education, or even collective reflection, when it comes to England's dark past of buying and selling people as commodities. 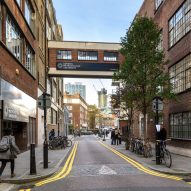 To those arguing that removing the statue is rewriting history, be wary that history is consistently moving and being reconsidered. The statue was erected in 1895, over 170 years after Colston's death, to pay homage to the man who had been a prolific benefactor to the city. Clearly, the Victorians wanted to remember and promote Colston as a positive figure in the city's history. Today's citizens, evidently, do not share this view. Its erection was part of the evolution of Bristol's collective and urban history, as its removal now is.

I spent the majority of my childhood in Bristol and Colston's name is everywhere. Certainly overdue, his name has slowly been removed from Bristol over the past few years. Colston's Primary School has been renamed to Cotham Gardens and Colston's House at St Mary Redcliffe is now named after female NASA mathematician Katherine Johnson. After a long campaign involving Massive Attack's refusal to play the venue, which introduced many in my generation to Colston, the slave trader's name is set to be removed from the Colston Hall music venue upon its reopening this year.

Its erection was part of the evolution of Bristol's collective and urban history, as is its removal

However, his name is still ever-present in Bristol: on its streets – Colston Street, Colston Hill, Colston Avenue, Colston Road, Colston Parade; its schools – Colston's School and Colston's Girls' School; and its buildings, with Colston Tower standing at the centre of the city. The city is smeared with Colston's name, entangled due to his financial contributions that until now often whitewashed his actions.

The weight of explanation falls on some of these institutions that bare his name, as Colston's Girls' School explains on its website: "There is no doubt that Colston's Girls' School exists today as an outstanding school for girls, nationally known for its academic excellence and well respected for its inclusivity and diversity – because of the financial endowment given by Edward Colston, but we see no benefit in denying the school's financial origin and obscuring history itself. To the contrary, by enabling our students to engage thoughtfully with our past, we continue to encourage them to ask questions about present-day moral values and to stand up for what they believe is right."

For the rest of the city, it is time to evolve. The statue's removal is an immensely important historical event. It marks an international moment and has probably done more to educate Bristolians and those around the world about the city's slaving history than it would have done if it stood for 1,000 years.

There are ways of remembering our history without glorifying those that were on the wrong side of it. We also need to understand that the entire Bristol slave trade can not be blamed on one man.

But where should we draw the line? Already, many are demanding that statues of Churchill be removed. His role in shaping British history as the war-time prime minister that defeated the Nazis is undeniable, but so too are his racist views and role in the Bengal famine. Perhaps all statues of historical figures should be removed. Should we really be glorifying the mostly male, mostly problematic people that have shaped our history, often at the expense of others?

For now, in Bristol, the removal of Colston is the latest stage of the city's history. Put simply, Colston did some good things with the money he made doing bad things. Although his name adorns many structures and his money may have been used to grow Bristol, he should not be celebrated. Questions will now surely be asked about other statues of slave traders on display around the UK.

This should be a lesson to the many wealthy people now that are engaged in a similar game. Spending money on good causes to deflect from unsavoury money-making practices will not work. History will eventually catch up with them. No amount of university buildings will stop people remembering how the money that paid for them was acquired. Second to the statement on racial equality, the toppling of Colston should serve as a lesson to similar benefactors.

Cities, just like history, are constantly evolving. We should not want our cities or architecture to be frozen in time, and it is impossible to pause history. The long-overdue removal of Colston's statue is now part of that evolution.

Tom Ravenscroft is editor of Dezeen.

Image of the empty pedestal is by Caitlin Hobbs.