Es Devlin, Zoé Whitely, Marc Spiegler and others joined a live panel discussion organised by Therme Art for VDF, which examined the value of cultural events amidst global unrest.

The talk was the second instalment of Therme Art's new initiative, Wellbeing Culture Forum, a programme of public online discussions that explore the role of culture and art during the coronavirus pandemic.

Panellists reflected upon the significance of festivals, museums, art galleries and more in response to the widespread cancellation and restriction of large-scale gatherings levied by governments around the world.

The discussion also covered "antifragile", a theory by Lebanese-American writer and academic Nassim Nicholas Taleb that suggests that shock, uncertainty and stress can create the conditions required to grow and thrive.

British designer Devlin, whose clients include Kanye West and Beyoncé, recently spoke to Dezeen in a Face to Face podcast interview about the qualities of theatre production that first drew her in.

"There were a lot of people working in the theatre, working late at night, working around the clock collectively," she explained. "Not to express themselves, but to make a collective expression... You made it together because it was the right thing to make". 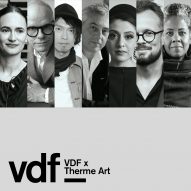 John McGrath is the artistic director of Manchester International Festival, which launched in 2007. The biennial commissions and presents artists from around the world at venues and spaces across Manchester, as well as working with local artists and young talent around the city.

Chiriac is the president of the Sibiu International Theatre Festival, an annual celebration of the performing arts located in the small town of Sibiu in Transylvania. Outside of the festival, Chiriac also manages the town's Radu Stanca National Theatre.

British curator Whitely, whose career pivots upon curating the Black diaspora, was behind the landmark 2017 exhibition Soul of a Nation: Art in the Age of Black Power, which showed at the Tate Modern.

In 2019, she curated the work of Turner Prize winning artist Cathy Wilkes for the British Pavillion in the 58th Venice Biennale, before taking the helm at the Hayward Gallery and later Chisenhale Gallery in London.

American writer and critic Sirmans was appointed director of Pérez Art Museum Miami in 2015. Prior to this, he curated an array of exhibitions spanning music, art, sport and more.

Hanea is the CEO of Therme Group, which operates a number of spas and resorts around the world.

Organised by Therme Art, the creative arm of the Therme Group, Wellbeing Culture Forum is a programme of public and private talks taking place every Wednesday throughout 2020.

Dezeen has partnered with Therme Art to broadcast three talks as part of Virtual Design Festival. The first panel discussion in the series, which featured Hans Ulrich Obrist, Frida Escobedo, Stefano Boeri and more, explored the relationship between art and architecture.

The next event will take place on 24 June in partnership with the British Council and will feature a panel discussion including artist Sonia Boyce among others, discussing the complexities of city planning and how art can play a more central role in defining how we live.