NASA has compiled over 87,000 high-resolution images of the sun taken over the past decade from its Solar Dynamics Observatory to create an incredibly detailed time-lapse movie.

The video was released to mark the 10th anniversary of NASA's Solar Dynamics Observatory (SDO) satellite, which has been photographing the sun from its orbit around the Earth since 2010.

To create the time lapse, NASA edited down the 425 million high-resolution images captured with its SDO by choosing one photo taken every hour from the satellite.

NASA's video condenses the past decade into a 61-minute-long video, with each second representing approximately one day.

The SDO takes an image of the sun every 0.75 seconds and has so far amassed 20,000,000 gigabytes of data on the star at the centre of the solar system. It takes images in 10 different wavelengths of light. 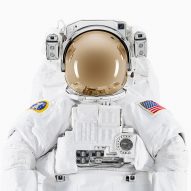 The time lapse shows the sun's outermost atmospheric layer, the corona. It was compiled using images taken at an extreme ultraviolet wavelength of 17.1 nanometers.

Although the SDO has been focused directly at the sun for the past decade, the video has some dark frames caused by the Earth or the moon passing between the satellite and the sun.

The video also has a dark spot when there was a week-long issue with the camera in 2016. At some moments in the video the sun moves off centre, this is due to the SDO calibrating its instruments.

The SDO was launched on 11 February 2010 and is part of NASA's Living With a Star program, which aims to understand the influence of the sun on the Earth.

NASA is currently planning a mission to the moon for 2024. The space organisation recently named Jeff Bezos's Blue Origin, Elon Musk's SpaceX and Alabama-based Dynetics as the three teams that will develop vehicles for the mission.