The Federal Court of Justice in Germany decreed on Thursday 23 July 2020 that only Ritter Sport chocolate bars can be sold in the shape of a square in Germany.

The ruling comes after a 10-year-long attempt by American confectionary brand Mondelēz – the third-largest confectionary company in the world after Mars and Ferrero – to overturn Ritter Sport's monopoly on quadratic chocolate bars.

Mondelēz owns well-known brands including Cadbury, Toblerone and Oreo, but its Swiss-born brand Milka, which it has owned since 1990, was the focus of this particular legal battle.

The controversy began in 2010 after Ritter Sport sued Mondelēz – then known as Kraft Foods – for selling a "double chocolate bar" with a similar quadratic design.

In 2016, Milka succeeded in getting the trademark deleted, but this ruling was later dismissed in October 2017, when the German Federal Court of Justice stated that only Ritter could sell square chocolate bars. 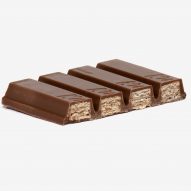 Mondelēz argued the square shape of a chocolate bar is simply a technical function of the product rather than a trademark-worthy quality. Under European legislation, a three-dimensional form cannot be trademarked if it is an "essential functional characteristic" of the product.

This argument failed, however, as the German Patent and Trademark Office declared that the design was part of Ritter's character and history, in addition to being functional.

Three years later, Milka's final challenge in the Federal Court of Justice has been overruled.

Ritter Sport's thick, square-shaped bar design dates back to 1932 when Clara Ritter – who founded the company with her husband Alfred in 1912 – proposed the idea to the Ritter family.

"Let's make a chocolate that fits into any sports jacket pocket without breaking and has the same weight as the normal bar," she is recorded to have said. 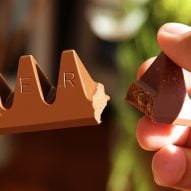 This decision later saw Alfred Ritter gradually remove many non-square products, such as long tablets, boxes of chocolates and hollow chocolate figures, from the range in 1960 in a bid to carve out an image for the Ritter Sport brand.

Later, in 1970, the company launched its first television advert with the slogan "Quality. Chocolate. Squared".

Overturning the trademark rights would have proved a significant advantage to rival brand Milka, as allowing any brand to offer square-shaped chocolate products could have made the Ritter Sport brand less distinctive.

Mondelēz has an annual revenue of around €26 billion, and exports to over 150 countries across the globe. According to the company, approximately 150,000 Milka products are sold world-wide each hour.

In comparison, Ritter Sport exports its chocolate to 100 countries and generates over €480 million in turnover per year, as stated on its website.

In a similar chocolate-related legal battle in 2018, Nestlé lost the rights to a European trademark for the tearable, four-fingered design of its KitKat chocolate bar.

The Swiss company was also battling against Mondelez, owner of Norwegian chocolate bar Kvikk Lunsj, however with a less successful outcome than Ritter Sport, as the European Court of Justice in Luxembourg ruled against Nestlé, deeming that the shape of the chocolate bar is not distinctive enough to amount to a trade mark.