Zaha Hadid Architects, Grimshaw and Rogers Stirk Harbour + Partners are among 17 major UK-based architecture studios that have signed an open letter to software company Autodesk criticising the rising cost and lack of development of its Revit application.

Written to Autodesk's president and CEO Andrew Anagnost, the open letter describes the studios' dissatisfaction with Building Information Modelling (BIM) software Revit, which they believe is having an impact on the efficiency of their businesses.

"Where once Autodesk Revit was the industry enabler to smarter working, it increasingly finds itself a constraint and bottleneck," said the letter.

"Practices find that they are paying more but using Revit less because of its constraints."

Studios concerned over Revit's "increasing cost" and "lack of development"

The letter was the result of a survey carried out among some of the UK's largest architecture studios, which have spent a combined $22 million (£17 million) on Autodesk products over the past five years.

"Concerns relate to the increasing cost of ownership and the operation of Autodesk's Revit software and fundamentally its lack of development," said the letter. 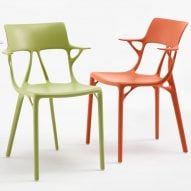 The studios report that while the amount they are spending on the 3D modelling software, which is a key design tool for a large number of architecture studios, has risen steeply over the past five years the product has not been developed at the same rate.

"In the period between 2015 and 2019 most practices who participated in the survey have had at least five different licence models in play, moving from individual product licences to suites, through to collections and now, in 2020 to individual user licences," said the letter.

"Overall, those surveyed have seen costs increase up to 70 per cent and beyond to the end of 2019," it continued.

"Practices would be less worried by these cost increases if they were mirrored by productivity improvements and a progressive software development program."

"Project productivity in architectural and engineering practices is hit daily"

According to the studios, the lack of development means that Revit, which was first launched in 2000, can not handle functions that are required meaning that productivity is impacted.

"Every day digital design leaders around the world wrestle with software which at its core is twenty years old and incapable of the potential of multi-core computing and graphics power designed to process within today's real and virtual workstations."

"Project productivity in architectural and engineering practices is hit daily because of the lack of scalability and product performance, which then requires sophisticated and practice-specific 'workarounds'," 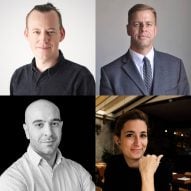 Watch our talk on the digitalisation of architecture with Zaha Hadid Architects, Grimshaw and Viewpoint

The studios were also critical of Autodesk's failure to communicate a timescale for replacing Revit and called upon the company to create a plan to improve the software and stabilise prices.

"Autodesk has tabled a variety of initiatives for the next generation of tool(s) to replace Revit, but failed to prioritise investment and failed to communicate the roadmap for the delivery of a viable platform to users," said the letter.

"The practices involved in this initiative seek from Autodesk a transparent action plan that is customer-centric, non‐adversarial, innovative, progressive, and deliverable," it continued.

"Even before the Covid‐19 pandemic costs were under significant scrutiny and the value added by software vendors is now being questioned as never before."

Autodesk is an American software company that is best-known for creating computer-aided design (CAD) software AutoCAD.