Mexican artist Héctor Zamora has created a perforated brick wall to frame views of New York's skyline for an installation on the roof of the Metropolitan Museum of Art.

Zamora's Lattice Detour compries a gridded brick wall that is 11 feet (3.3 metres) tall on the rooftop of the Metropolitan Museum of Art, also known at The Met.

The wall gently curves in an arc and spans approximately 100 feet (30 metres) in length.

It is built with terracotta bricks made from Mexican earth laid out a lattice-like construction with thousands of hollow squares to frame views of the city skyline and Central Park.

The perforated chunks of Lattice Detour allow air to flow through space and also creates shade and filters sunlight.

Zamora referenced the perforated screens found in Middle Eastern and African architecture to create the design. Known as celosía walls, the dividers are often made with natural materials and provide ventilation and shade naturally.

"Using modest material, Hector Zamora's Lattice Detour interrupts and refocuses how visitors interact with this beloved space, situated atop The Met and surrounded by the Manhattan skyline, creating a meditation on movement, transparency, and interference," said The Met director Max Hollein.

"Manifesting itself as a protective wall, curved artwork, and permeable screen, Lattice Detour is a transformative, charged, and timely intervention."

Mexican architect Frida Escobedo has referenced celosía walls for her 2018 Serpentine Pavilion in London and for an Aesop store in Brooklyn that also uses reddish bricks from Mexico. 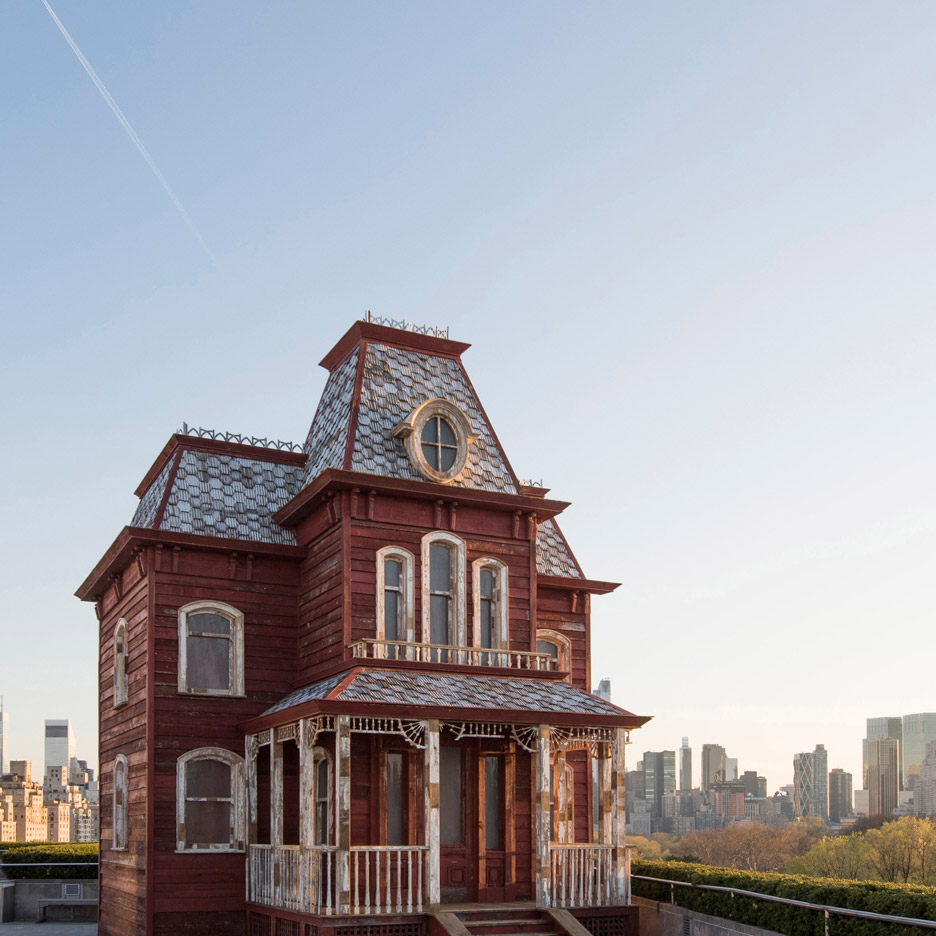 Zamora's wall cuts across The Met's open-air cafe the Iris and B Gerald Cantor Roof Garden, which reopened to the public along with the museum itself on 29 August after being closed since March because of the coronavirus pandemic.

The site-specific installation is part of the museum's annual commission for its roof space and is open from 29 August to 7 December.

In 2017 Adrián Villar Rojas created a concept with white banquet tables for the project, and the year before Cornelia Parker built a Hitchcock-influenced structure. In 2015 Pierre Huyghe installed an aquarium with ancient species.

Photography is by Anna-Marie Kellen courtesy of The Metropolitan Museum of Art.