New Yorker Dana Hollar Schwartz and designer Jamie Wolfond have launched a collection of candle holders for use during Jewish religious days including an aluminium Chanukiah.

Named after a historical trade route from Damascus to Heliopolis, Via Maris includes a pair of candle holders for Shabbat, two Chanukiahs for Chanukah and a mezuzah decorative case.

Schwartz, who runs New York PR firm The Hours, initiated the project after struggling to find a contemporary mezuzah, an item traditionally fixed to the doorposts of Jewish homes. After ending up on a deep-dive into Google, she realised there was little options for Jewish objects known as Judaica.

"The vast majority of Judaica that I was seeing was really traditional and impractical, making the objects difficult to connect with," Schwartz told Dezeen

Having initially decided to create a one-off item for herself, she quickly decided to make the project a bigger venture. Schwartz contacted Canadian Jewish designer Wolfond, who founded the Good Things design brand with previous projects including redesigning everyday items like a dustpan and a torch.

Together they developed the concept that could also be used by people who aren't Jewish and outside of religious traditions.

"We're really interested in exposing and sharing this culture with people who are not Jewish," said Schwartz.

"Essentially they can be used almost all year round," she continued. "They aren't kind of stuck in a closet like so much Judaica, but really are these everyday objects that you can kind of incorporate into your life and have usefulness."

"Especially now people are very careful about how they engage with other people's histories and cultures," Wolfond added.

"With this one that we tried to say really plainly is just like, you're not doing something weird. If you're not Jewish and you buy this, no one's going to call you out." 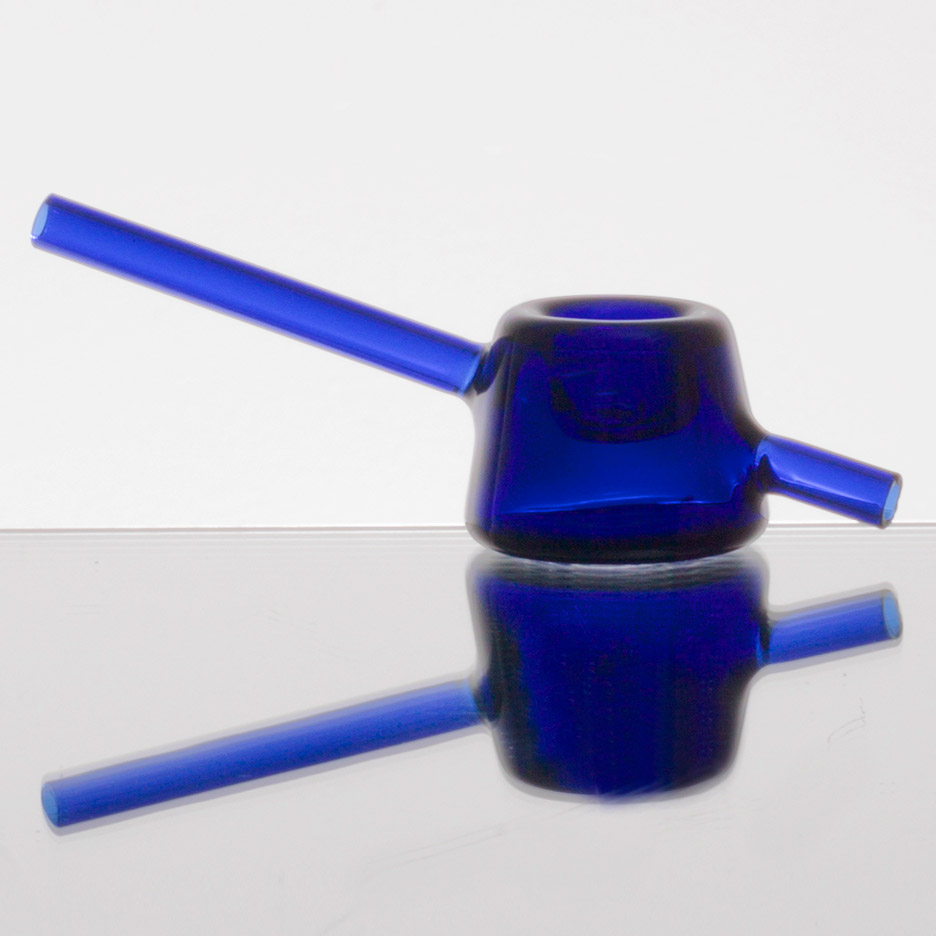 Wolfond said redesigning Judaica was different to his typical projects, such as lighting and furniture, in which the greatest problems have typically already been solved.

"One thing that was super exciting about this project is we could just do the most pure and straightforward version of what a designer's job is and make the experience of using these items nicer," Wolfond explained.

"We took these objects seriously as a need and that meant taking seriously the problems that come with them and not just sort of the symbolic value of something in this historical shape."

A particular problem he described is the build up of wax in the traditional nine-branched candelabrum known as the Chanukiah.

"I remember really well for my childhood, the challenge of cleaning a Chanukiah," he added. "[Wax] gradually builds up in those holes to where you're using like a nail clipper to try to sort of coax the wax out of the hole so that you can stick a new candle in the next day." 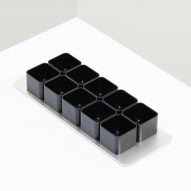 In response, the duo created the Via Maris Block Chanukiah with a removable top with holes for the candles. When not in use, the top can be lifted off the base and split in two for easy cleaning. The base meanwhile offers space to store 44 candles for the full length of the Chanukah festival.

The shape of Block Chanukiah draws on 1930s German architecture and the Bauhaus era, which Wolfond said provided a point of contention in the project.

"I just want to express the bigger point of contention there for a Jewish designer who is very much invested in a modern approach to design," he said. "I feel confused about making Judiaca that references the Bauhaus, which had some antisemitic members."

Taking a more traditional form is the steel Trace Chanukiah but it has removable cups for the candles so it can also be cleaned. This product is made from steel with curved arms that are swaged open to create room for the candles.

The Via Maris Rest Candleholder is designed to catch wax that drips from the two candles, which are lit on a Friday night for Shabbat and typically left to burn.

"If the candle is sort of burning to its endpoint, which is sort of traditionally for Shabbat candles, you don't blow them out," Schwartz said. "Wax can drip all over your table, so it's really common to see people like put these candles on a plate or some aluminum foil underneath them."

Because of this, The Via Maris Rest Candleholder has two bases lifted up on prongs to catch the dripping wax. Schwartz added that the design of the holder epitomises the main aim of the project: "It's just a cool candle holder that anyone can use".

Lastly is the mezzuzah Schwartz sought at the beginning of the project, which is designed as a simple steel holder for a glass vial containing the mezuzah's scroll.

All of the items are made out of either die-cast aluminium, a material Wolfond has previously experimented with, which is available in either polished or brushed finishes, or steel. Each item also comes in a variety of colours.

Schwartz and Wolfond said this first collection is just a "starter kit" for Jewish homes and will be expanded over time.

"The idea is to continue to reimagine what sort of these groups of products can look like," Schwartz said.

"We'll continue to sort of release collections, it's hard to say how often, but certainly like tackling kind of all the different holidays and all the different rituals that we have and the products that go with that."