Plastic will have to break down into organic matter and carbon dioxide in the open air within two years to be classed as biodegradable under a new UK standard being introduced by the British Standards Institute.

Ninety per cent of the organic carbon contained in plastic needs to be converted into carbon dioxide within 730 days to meet the new BSI standard, which has been introduced following confusion over the meaning of biodegradability.

The PAS 9017 standard covers polyolefins, a family of thermoplastics that includes polyethylene and polypropylene, which are responsible for half of all plastic pollution in the environment.

"New ideas need agreed, publicly available, independent standards to enable the delivery of trusted solutions by industry," he added, describing the new standard as "the first stakeholder consensus on how to measure the biodegradability of polyolefins which will accelerate the verification of technologies for plastic biodegradation."

Standard will only apply to land-based plastic pollution

PAS 9017, titled Biodegradation of polyolefins in an open-air terrestrial environment, involves testing plastic to prove it can break down into a harmless wax in the open air.

The standard only applies to land-based plastic pollution which, according to the BSI, makes up three-quarters of fugitive plastic.

It does not cover plastic in the sea, where researchers have found that supposedly biodegradable plastic bags remain usable after three years.

"The test sample shall be deemed valid if 90 per cent or greater of the organic carbon in the wax is converted to carbon dioxide by the end of the test period when compared to the positive control or in the absolute," said the BSI.

"The total maximum time for the testing period shall be 730 days."

Last year, amid concerns that manufacturers were misleading the public when using terms such as "biodegradable", "bioplastic" and "compostable", the UK government called for experts to help it develop standards for plastics.

The word "biodegradable" implies that a material will break down harmlessly in the environment, although it can take hundreds of years for some plastics to do so. 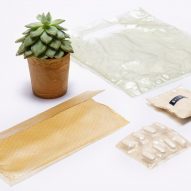 Bioplastic, which is plastic made from materials derived from living plants or animals, is not inherently biodegradable. Compostable plastic will only break down harmlessly if placed in a special composter.

PAS 9017 was developed with a steering group of plastics experts and sponsored by Polymateria, a British company that has developed an additive that allows fossil-fuel plastics to biodegrade.

The additive allows thermoplastics, which are highly resistant to degradation, to break down after a given shelf live when exposed to air, light and water without producing potentially harmful microplastics.

The process does however convert much of the plastic into carbon dioxide, which is a greenhouse gas.

"Our technology is designed to have multiple triggers to ensure the activation rather than just one," Polymateria said.

"Thus time, UV light, temperature, humidity and air will all play a role in different stages to engage with the technology to chemical transform the plastic into a biocompatible material."

"Independent third-party laboratory testing has shown we achieve 100 per cent biodegradation on a rigid plastic container in 336 days and film material in 226 days in real-world conditions, leaving zero microplastics behind or causing any environmental harm in the process," Polymateria CEO Niall Dunne told Dezeen.

With plastic production expected to double by 2050, many designers are exploring alternatives to fossil-based plastics.

This year's James Dyson Award in the UK was won by a design that captures microplastic emissions from car tyres, which are one of the biggest sources of plastic pollution.