Swedish shipping company Wallenius Marine is developing a ship called Oceanbird, which could transport 7,000 cars and trucks across the Atlantic propelled only by the wind.

The concept, which is essentially an outsized sailboat, would be twice as high as the largest comparable vessel due to the five 80-metre-tall sails that protrude from its hull.

These purportedly would make it the world's largest wind-powered vessel, capable of travelling across the ocean to the US at a speed of 10 knots and with a total journey time of 12 days.

According to Wallenius Marine, this is only four days longer than a carrier powered by fossil fuel while emitting 90 per cent less CO2 in the process.

Developed in collaboration with Sweden's KTH Royal Institute of Technology and naval research institute SSPA, the Oceanbird project hopes to mitigate the environmental impact of maritime freight transport, which accounts for all but 10 per cent of trade in the whole world.

In 2018 alone, the shipping industry emitted 937 million tonnes of CO2, which is more than all of Germany. If it were a country, the sector would be the sixth-largest emitter in the world, just behind Japan. 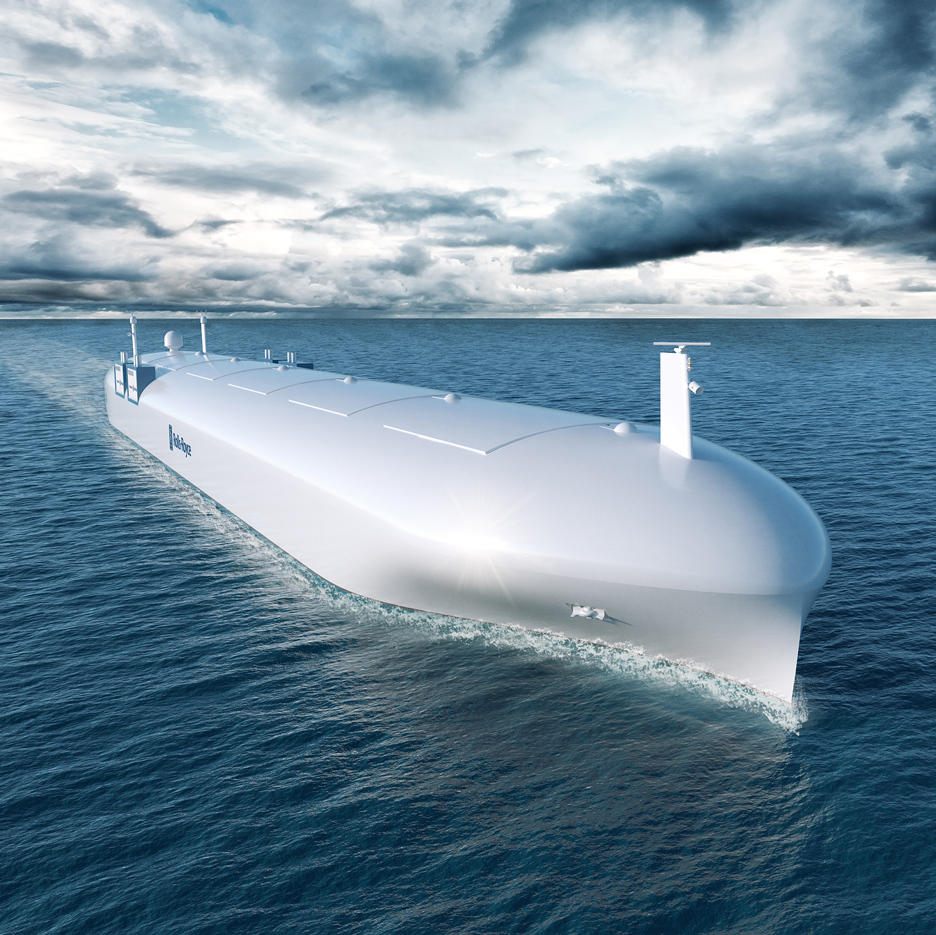 "We only have one planet and it's important that we take responsibility and ensure that this planet will be a good place to live for future generations," said Wallenius Marine's COO Per Tunell.

"Shipping plays a very important role in today's society but it's also a large contributor to harmful emissions and that cannot continue, so we need to act."

In order to try and rival the speed of an engine-powered ship, the Oceanbird would make use of wingsails rather than traditional fabric sails. These resemble solid fins made of steel and various composites, much like the wings of an airplane.

"Airplane wings are asymmetrical in profile because they should only produce a lift upwards," explained the ship's naval architect Carl-Johan Söder.

"But our wings are symmetrical because we should be able to produce lift regardless of if you have wind coming in from the port tack [left side] or the starboard tack [right side of the ship]. The wings can rotate 360 degrees so you can optimise the angle depending on the wind direction relative to the ship."

They are also telescopic, meaning they could be retracted to 60 metres in order to pass under bridges and mitigate turbulence caused by strong winds.

When the sails are at their tallest and propped up on the ship's hull, they would reach up to 105 metres above the waterline. In comparison, a regular sailboat reaches only up to 30 to 35 metres into the air.

"No part of our sail is lower than 30 metres so we are using a piece of the atmospheric boundary layer above the ocean, where basically people have not been before," said Jakob Kuttenkeuler, a professor in naval architecture at KTH.

"Airplanes are above and boats are below. So we've put quite a lot of effort into measuring the atmospheric boundary layer."

Wallenius Marine attached sensors to its existing vessels in order to measure how the wind direction and velocity changes at such heights, in order to optimise both the wingsails as well as the fins at the bottom of the hull.

These can be moved against the direction of the wind, in order to prevent the boat from drifting off course.

For emergencies and manoeuvring in and out of ports, the ship would also be equipped with an auxiliary motor, which Wallenius Marine claim runs on clean energy.

At the moment, the ship is still in the prototyping stage, with a seven-metre tall model set to be trialled in Stockholm's harbour to gather data and optimise its performance and aerodynamics.

But the company says it could be taking orders from 2021 with the aim to deliver the first, complete vessel by the end of 2024.

Ireland's B9 Shipping and French start-up Neoline have developed similar designs for cargo ships, which make use of tall fabric sails to harness wind power.

Neoline is already planning to establish a new shipping route between Saint-Nazaire in western France and the East Coast of the US by 2022 and has signed a development deal with Renault to look at using its ships to transport the manufacturer's cars.

Another Swedish company, X Shore, has recently released an electric boat for private passenger travel in the hopes of bringing emission-free maritime travel to a broader market.