Lilli Hollein, the former director and co-founder of Vienna Design Week, has been named the head of the MAK – Museum of Applied Arts in Vienna.

Hollein will assume her role as general director and artistic director of the MAK – Museum of Applied Arts from September 2021.

As director, she aims to broaden the audience of the museum, which showcases art, design and architecture, and strengthen the institution's "feministic point of view".

"To get to head the MAK, one of the most beautiful and oldest museums of applied arts in the world with its unparalleled collection and to position it as an institution that communicates actively in manifold ways and cooperates internationally, is one of the most wonderful tasks I can imagine," said Lilli Hollein.

"I am grateful for the trust placed in me and am looking forward to working together with the MAK's staff," she explained. 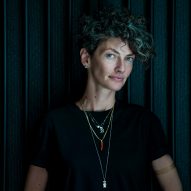 Hollein replaces Christoph Thun-Hohenstein who led the MAK – Museum of Applied Arts from 2011 and repositioned the museum to focus on the digital age and, social and ecological issues.

Hollein, who is the daughter of the iconic architect and designer Hans Hollein, grew up in Vienna where she studied both psychology and industrial design.

She went on to develop and curate a number of exhibitions on architecture and design that have been shown at a list of venues including the Kunsthalle Krems, Looshaus Vienna and Berlin's Aedes Gallery.

Following her success as a curator, Hollein became commissioner of the Austrian contribution at the Sao Paulo Architecture Biennale in 2007.

Later that year, she co-founded Vienna Design Week with Thomas Geisler and Tulga Beyerle. Hollein has been director of the event, which has become Austria's largest design festival, since 2013. 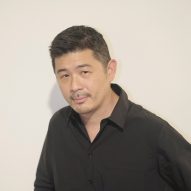 This year's event is set to take place from 24 September to 3 October under the leadership of former vice-director Gabriel Roland.

"Of course, Lilli Hollein's move to the Stubenring [where the MAK – Museum of Applied Arts is based] does not mean the end of Vienna Design Week," said the week's organisers.

"The well-rehearsed festival team, under the direction of the previous vice-director Gabriel Roland, is well prepared to continue the preparations for the 15th edition of Austria's most relevant design event."

In 2020, Dezeen partnered with Vienna Design Week to produce a live talk with a group of panellists to discuss empowering artisans in central Asia and southeastern Europe.

This years edition of Vienna Design Week takes place from 24 September to 3 October 2021 as a series of online and physical events around the city. See Dezeen Events Guide for an up-to-date list of architecture and design events taking place around the world.