Shopify's Sustainability Fund is pumping $5 million into projects that remove atmospheric carbon and publishing the results so other companies can follow its lead, fund director Stacy Kauk told Dezeen.

The Canadian e-commerce brand is sharing its research on its website and in a free downloadable 50-page "playbook" document.

"We wanted to share those commitments so that people can get familiar with the companies and learn about our selection process and the research that we've done," Kauk said.

"It allows folks that don't have an engineer or a scientist on staff doing deep dives into the technical world of carbon removal to know that these are vetted companies. It can give you the confidence to follow along."

Shopify provides services including payment and shipping tools to over 1.7 million online retailers. It is committing money to climate initiatives because it's "on a mission to be a 100-year company," Kauk explained.

"We want to be able to use our $5 million annual climate fund to kickstart demand in carbon removal but to also leverage our platform and use commerce for good."

Under its climate strategy, the brand has already offset all its emissions going back to 2004 when CEO Tobias Lütke launched Snowdevils, a snowboard e-commerce site that became Shopify in 2006.

"We have offset all our scope 1 and scope 2 emissions, as well as corporate travel, back to 2004," said Kauk, referring to the way greenhouse-gas emissions are categorised by types, or "scopes". 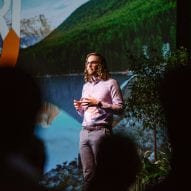 Shopify helps its customers with their own carbon-reduction strategies through its Shop Pay checkout system, which Kauk says is "the first carbon-neutral way to pay".

In addition, Shopify automatically calculates the emissions generated by each shipment, allowing retailers to offset them.

The Shopify Sustainability Fund is separate from these initiatives. It is a capital-expenditure project that supports young companies that are developing innovative ways to tackle climate change.

"We have uncoupled our climate fund from our corporate carbon neutral commitments," Kauk explained. "That allows us to spend our $5 million in the most impactful way possible."

In its first year, the fund has funded the removal of sixteen times more carbon from the atmosphere than Shopify itself emits.

"To put it in perspective, our corporate carbon footprint in 2020 was around 6,000 tonnes [of carbon dioxide equivalent]," said Kauk.

"With our first $5 million that we committed through the sustainability fund, we've actually committed to buy well over 100,000 tonnes."

The goal is "to seek out those companies with solutions that we need to spend money on today so that they're there in 5, 10, 15 years," Kauk explained. "When we can no longer reduce our emissions any further, we need these products and solutions to be available to buy."

The fund is putting cash into ten high-potential industries that it believes "can help reverse climate change globally" by permanently capturing and storing carbon. 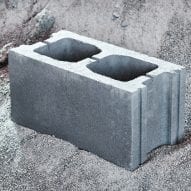 Almost a quarter of the budget goes to biomass initiatives, supporting companies that turn organic material into renewable energy or carbon-capturing materials including biochar, a high-carbon, charcoal-like substance that increases soil carbon levels as well as being a highly effective fertiliser.

The second biggest spend is on direct air capture, which mechanically removes carbon dioxide from the atmosphere via machines such as those developed by Climeworks.

Next is product, which sees carbon sequestered in useful products such as concrete.

The other areas are soil sequestration, afforestation and transportation, collaboration (including education and sponsorship), renewable energy, mineralisation (storing carbon underground) and ocean sequestration.

Shopify has created a market for high-quality carbon-capture projects

The fund came about in 2019 when Shopify was exploring ways of becoming carbon neutral.

"Our CEO is incredibly passionate about climate and carbon removal and has spent a lot of time learning about this space," Kauk explained. "We have this historical carbon footprint that we wanted to address."

"But we didn't just want to go out and buy a low-cost carbon offset so we could wave our hands and say 'Oh we did it, we're carbon neutral!'"

But after looking for high-quality solutions, the company came to the conclusion that "the product we wanted to buy actually doesn't exist in the market."

So it decided to create the market itself through its sustainability fund.

Companies should not delay committing to carbon removal, Kauk says

Kauk offers advice to companies that are daunted by the complexity of climate change and confused about how to address their own contribution to it.

She suggests a two-track approach: companies should strive to understand their emissions and reduce them as far as possible. But they should not wait until this work is finished before committing money to carbon removal.

"Start that now because it's going to give three benefits," she said.

"The second part is that you're going to have made relationships with these companies who are providing carbon removal as a service," she continued.

"These are gonna pay off down the road because I would hypothesize that we may not have demand matching supply when a lot of these net-zero commitments start to become due."

"And then the third part is that it's going to provide a benefit to that company later on. If a company spends a small percentage of its sustainability budget on carbon removal now, that money is going to help develop these technologies, drive the cost down faster and make these solutions and these high-quality credits more affordable and more accessible sooner."

"This means that in the long run, you'll end up spending less."