Dezeen teamed up with workplace specialist BDG Architecture + Design to live stream a talk with its chief creative officer Colin Macgadie on how office spaces can be designed to adapt to the changing needs of workers and companies.

The talk, titled 'People-first, Future-ready', was moderated by Dezeen's founder and editor-in-chief Marcus Fairs and was the first in-person conversation to be live streamed from Dezeen's brand new Studio Space in London.

During the discussion, Macgadie explained how the office spaces that BDG Architecture + Design has created worldwide for advertising and media group WPP illustrate the practice's evidence-based and flexibility-focussed approach to workplace design.

In 2015, BDG Architecture + Design completed a renovation of several floors in Sea Containers, a historic 1980s building on London's Southbank, to house a number of brands owned by WPP including advertising agency Ogilvy and media planning agency MEC. 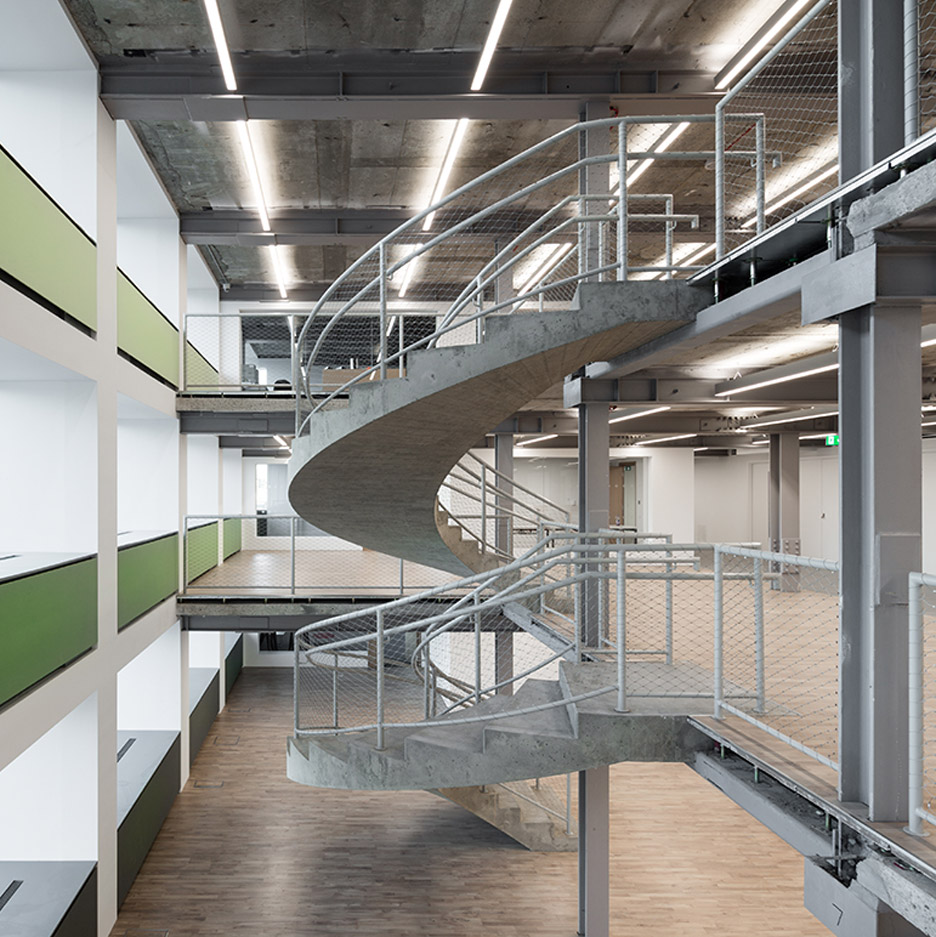 The project is notable for the prominence given to circulation areas and an abundance of shared spaces designed to facilitate informal, flexible working practices. These include a double-height amphitheatre, extensive hospitality facilities, and stairwells which feature built-in platforms that can be used for meetings or longer-term project work.

Since the completion of that project, BDG Architecture + Design has continued to create buildings for WPP around the world, including campuses for the group's brands in Amsterdam, Detroit, Hamburg and Paris. In addition, the firm is working on two further buildings to extend WPP's presence on London's Southbank.

As chief creative officer at BDG, Macgadie leads the creation of workplaces for all of the firm's clients. Under his creative direction, BDG has been commissioned to create office spaces for clients including Google, Lego, Nike and Sony, as well as WPP's campuses around the world.

In 2019 he delivered a keynote speech on 'The Future of Work' at the inaugural Vitra International Architects Day in Basel, and in 2020 Macgadie sat on the jury for the Frame Awards.

This live stream was produced by Dezeen for BDG Architecture + Design as part of a partnership. Find out more about Dezeen's partnership content here.