Corporations are focusing on climate change because it's a "great investment", but we're not going to profiteer our way out of the environmental crisis, argues architect Smith Mordak in the aftermath of Cop26.

"There were more CEOs at Cop26 than at Davos" someone said to me up in Glasgow last week. It's not clear whether this is actually true or just cutting commentary, but it's a valid impression nevertheless.

Over 1,000 companies have committed to Science Based Targets' Business Ambition for 1.5 degrees Celsius, and you can't get past the About Us page on any company website without some statement about sustainability. I attended an event in Glasgow about regenerative agriculture where the keynote was the CEO of McDonald's. Big business is all over this. But why? And how should we feel about it?

Countries most vulnerable to climate change are also least responsible

Some believe business attention on climate action to be cause for optimism, as evidence that the full spectrum of interests is united behind this common goal. To an extent this is true; we all know people working in businesses from design studios to international investment management companies trying to mobilise any agency they have in their personal, professional and political capacity to justly bring us within planetary limits. What I'm about to argue isn't to undermine these people – after all, I'm one of them. But to answer the question about why corporations are making a play for the role of climate saviour we need to look past individuals and look to the characteristics of our collective behaviour when organised into companies. To do this we need to take a massive step back.

Countries most vulnerable to climate change are also least responsible. I can't tell you how many times I heard this over the Cop fortnight. We might find some optimism in this being acknowledged, but I'm afraid it gets much worse. Countries most vulnerable to climate change are most disadvantaged by our current emissions reporting regime and have the least policy space to take action to survive climate catastrophe. 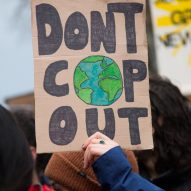 Emissions are reported on the greenhouse gasses produced within a nation's borders. They exclude emissions associated with the imported products and materials consumed and enjoyed within a nation's borders. Looking at emissions embedded in trade, we see that this makes countries including Switzerland, Belgium and the UK's per capita emissions look lower and countries including Mongolia, Kazakhstan and South Africa's per capita emissions look higher.

What's worse is that countries most vulnerable to climate change also tend to have less policy space to take action. A wicked cocktail of control over their own currency, designation as an "emerging" or otherwise economy and credit ratings constrain countries most at risk from taking ambitious action. It's a terrible kick in the teeth then when countries with expansive policy space such as the USA, Australia or Japan don't put forward adequate nationally determined contributions (NDCs).

Western Europeans have benefited from a series of environmental advantages

These injustices are not a coincidence. Western Europeans have benefited from a series of environmental advantages, from access to easy-to-store high-carbohydrate crops to easy-to-domesticate animals endowing food surpluses, a nice wide east-west oriented landmass with a temperate climate and a geography favouring balkanised states breeding technological innovation, seafaring and a twisted training ground for empire building. (Read Jared Diamond's Guns, Germs, and Steel for a proper account of this.)

Western European culture evolved in a cushy climate that permitted exploitation of nature without serious consequences – at least without serious consequences for those in the driving seat. Compare techno-optimism (carbon capture to the rescue!) with indigenous technologies for partnering with ecosystems (for example spending 150 years weaving living tree roots together to maintain a crossing over a river deluged by monsoon twice a year) and it's obvious what we've not yet been forced to learn. This is the nursery corporate culture grew up in.

But even that is generous. It was always the interests of the financial elites that drove imperialism. Corporations are essentially optimised mechanisms for organising human resources into engines for extracting value and delivering it to the few sitting up top. We deride multi-level marketing companies peddling beauty products nobody needs and rent-to-own retailers hawking flat-screen TVs at what add up to extortionate prices, but these are not the exception to the rule we'd all like to think they are.

Why are corporations making a play for the role of climate saviour? Because it's a great investment. There's a very clever bit of spin afoot around the term "invest". "We need to invest in climate solutions" is too often interchangeable with "we need to spend resources on, or focus on, or work on climate solutions". But that's not what invest means. Invest means putting in money, effort, time and so on with the expectation of returning a profit. 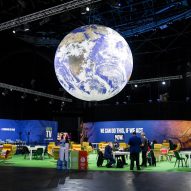 The vast majority of urban climate finance goes into building infrastructure, energy efficiency and transport – for profit. If I give you $100 to build a sea wall but you have to give me $110 back who ends up on top? And I don't even need to build myself a sea wall, so I'll buy myself a private jet and set a bit aside for when you come begging for another loan to raise your sea wall by another meter because I melted another ice cap with my exhaust pipe. You get the idea. It's called profiteering.

This economic model has its deep origins in a temperate climate with easy-to-sow crops, easy-to-tame animals and fun-to-overthrow neighbours. It's even medium okay if your neighbours are similarly resourced and buy into the game too. But beyond that, it's just not a fair fight, and we should be a whole lot more ashamed of ourselves for perpetuating it.

Some find cause for optimism in Cop26 saying that we've "won the war against climate denialism". Well first off, we didn't win. What happened was that enough time passed that climate change became patently obvious. Secondly, it's not a war. Corporate culture and the joint-stock business model are incentivised to treat it as one, but this isn't a rousing feel-good disaster movie. We aren't going to fight, beat, subdue, or overthrow climate change. We're not going to profiteer our way out of this. 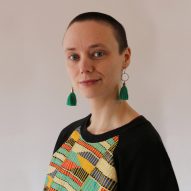 So to all those CEOs at Cop26, I ask the same question I asked the CEO of McDonalds at the regenerative agriculture panel. Let's agree that big businesses have a huge amount of power and, given the speed at which we now need to tackle climate change, there is definitely a role for these incumbent seats of power. But that role is definitely not business as usual. So, what if instead of approaching the problem like a shareholder and thinking of ways to extract profit in a changing climate, what if we redeployed all those networks, infrastructures and resources? That is our responsibility as businesses. What would that look like?

Perhaps the best place to start is to humbly and with curiosity study indigenous practices, technologies and forms of governance. That's what the scientists and authors of global reports on climate change are doing and for me, that's a real source of optimism.

The photograph is by Federico Fermeglia via Shutterstock.

Smith Mordak is a multi-award-winning architect, engineer, writer and curator and the director of sustainability and physics at British engineering firm Buro Happold.