Max Fordham, a British engineer and "pioneer of sustainable building design", has passed away at the age of 88.

The news of Fordham's death on 4 January was announced yesterday by his eponymous engineering firm, Max Fordham LLP.

"Max's creativity and passion will be sorely missed," the studio said. "The legacy of his vision will continue to inspire. Our thoughts are with all of his family at this difficult time."

The firm, which employs over 250 people, was the first business in the British construction industry to become a Limited Liability Partnership. Today it is co-owned by 119 partners.

According to the practice, Fordham's work prioritised creativity and "ensuring human comfort by giving buildings heat, power, water and ventilation in a sustainable and elegant way".

"Max was an acclaimed engineer and pioneer of sustainable building design," it said.

"‘He resisted pigeonholing into the conventional boxes of mechanical or electrical engineering, and was always interested in the whole building," the studio added. "He took a creative, but essentially practical, approach to building services design."

Among Fordham's most notable projects is the Alexandra Road Estate by Neave Brown and Tate St Ives by David Shalev and Eldred Evans, as well as the Judge Institute Cambridge by John Outram.

After handing over the running of the practice to his fellow partners in 2000, the studio worked on projects including the Tate Modern Switch House by Herzog & de Meuron and the MAXXI National Museum of the XXI Century Arts by Zaha Hadid Architects. 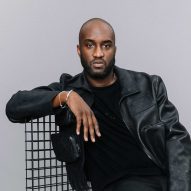 Remembering the great architects and designers we lost in 2021

Born in June 1933, Fordham began his career in engineering working at Arup, which was known then as the Building Group, until founding his studio.

His achievements and contribution to the field were also recognised in many awards, which include the Chartered Institution of Building Services Engineers (CIBSE) Gold Medal, an Order of the British Empire (OBE) for his services to engineering and the Prince Philip Designers Prize by the Royal Society of Art where he was recognised as "a pioneer of environmental design for buildings".

Fordham continued to work into his 80s, designing his own house in collaboration with Bere Architects that reached completion in 2019. The home, an all-electric and ultra-low energy structure in London – won a RIBA Sustainable Prize in the same year.

Other recent projects for which Max Fordham LLP has led the engineering include Sands End by Mae Architects, Museum of the Home by Wright & Wright and Maggie's Leeds by Heatherwick Studio.