To protect our cities from the impacts of climate change we need to embrace major, government-led infrastructure and architecture projects says Jason Barr.

When I proposed extending Manhattan into New York harbor, I knew that it would be received skeptically. The plan (pictured) was meant, in part, to start a discussion to think creatively about solving the multiple crises facing the world's biggest coastal cities.

While there was a fair degree of support, there was also a flood of negativity. Collectively, the reactions to my proposal demonstrate that we have developed a deep-seated phobia about large-scale projects and trusting government to solve our problems. But large-scale problems require large-scale solutions, and often these can only be government-led.

I proposed extending Manhattan 2.5 miles out into the sea in order to protect the financial district from flooding and storm surges and, just as importantly, to provide up to 200,000 new housing units. Lower Manhattan is almost as vulnerable to storm surges as a decade ago when Superstorm Sandy hit, and housing is more unaffordable than ever.

Because Manhattan real estate values are so high, the sale or leases from the new land could more than pay for the costs. If judicially managed, the project could turn a hearty profit that could be used to fund other climate change mitigation projects as well as improve the ecologies of the Hudson River estuary. 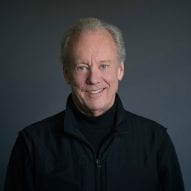 Many people responded to the proposal, however, by raising the specter of master builder Robert Moses, who oversaw the construction of highways, bridges and tunnels, and housing projects in New York from the Great Depression to the 1960s.

Moses is widely excoriated for tearing apart neighborhoods and approaching his job with a build-it-now-ask-questions-later approach. In reaction to Moses' reworking of New York, the city created many roadblocks to city-wide reconstruction.

But Moses' last big project was nearly a half-century ago; it is time to put the ghost of Moses to bed. Additionally, urbanist Jane Jacobs convinced many that smaller was better and that local residents should have a voice in neighborhood redevelopment.

However, her ideas have morphed into NIMBYism, which now prevents badly needed large-scale growth in the housing stock. The result of the Moses versus Jacobs debate: democratic input no longer means governance by consensus but rather being ruled by veto power from local interests.

But large-scale projects are necessary to save our cities, and we must openly recognize this. Major resiliency interventions in New York are already underway, but on ad hoc bases that follow the path of least political resistance: a seawall here, an extension of the shoreline there, flooding prevention here, and so on. In essence, the city is trying to sneak its way to resiliency because of fear that bolder, more effective projects will be blocked. This is not an efficient use of resources.

Multi-billion-dollar seawalls may help reduce damage from storm surges in some parts of the city, but they do not address the issue of sea-level rise more broadly or flooding from torrential downpours. Plus, climate change and housing affordability are not independent. 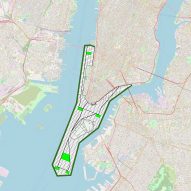 The costs from flooding and surges will only cause housing prices to increase. And, New York has been unable to meaningfully reform its zoning regulations or housing policies in six decades, and there is no indication that it will change any time soon.

Because of perceived injustices and a desire to protect their neighborhoods, New Yorkers have become increasingly resistant to change that could, in the long run, improve their lives. They quickly see the short-term disruptions and hardships but have difficulty envisioning the benefits.

They have developed a reactive instinct that the government can't be trusted anyway, so why bother. Social media, unfortunately, has become an echo chamber for these perceptions and all too easily trains people to reject large-scale proposals instantly without deeply considering their merits.

New York and the many other major coastal cities at risk of rising seas need to embrace not just a new philosophy of urbanism but also a new approach to governance. A three-pronged strategy is required. First, we need to shift our attitudes and restore confidence in government. To begin this process, leaders must admit that the big projects of the past, while often necessary, were done in a heavy-handed manner and with checkered results. But the projects of the past have provided valuable learning experiences that can be used for the present.

Second, new large-scale policies must be designed in a much more holistic manner than those of the past. Now, New York's housing policy, climate change mitigation, and transportation are addressed on a neighborhood-by-neighborhood basis. In policy circles, there is, unfortunately, little realization that all of these are linked and need to be addressed simultaneously. Leaders need to show that holistic thinking can be both fair and efficient in helping to solve major crises.

Just as importantly, we must recognize that any major policy changes or construction projects always create winners and losers in that some people are harmed when transitioning to a new policy. As such, all large-scale projects and programs should provide a "carrot" or compensation to those harmed to grease the wheels of change and prevent parochial vetoism.

Policies must be designed to not only assuage people against the fear of change, but also to prevent their fears from coming true. Creative thinking can help push the NIMBYists out of their trenches.

As we face the looming problems of the 21st century, we have too much to lose by inaction. We must no longer fear ambitious projects, as they are sorely needed. It's time we embrace new thinking on how to mobilize government action for the greater good.

Jason Barr is an economics professor at Rutgers University-Newark and an affiliated faculty member with the Global Urban Systems PhD program. Barr is the author of Building the Skyline: The Birth and Growth of Manhattan's Skyscrapers. He also writes the Skynomics Blog.