BIG founder Bjarke Ingels is drawing up a masterplan for the Earth to "prove that a sustainable human presence on planet Earth is attainable with existing technologies".

In an interview with TIME magazine, Ingels went into detail about Masterplanet – BIG's concept for designing a more sustainable way of living for the world.

Approaching Earth like an architect master planning a city, Ingels calculates that even a predicted population of 10 billion people could enjoy a high quality of life if environmental issues were tackled holistically.

"When you're building a house, there are a few things you can do — add some solar panels on the roof and so on — but most of it is not very effective," explained Ingels.

"Every time you go up in scale, you can actually do more."

According to BIG, only a master planning approach will "prove that a sustainable human presence on planet Earth is attainable with existing technologies" in time to avert total disaster.

Ingels has been mulling over the idea for a while, but he said the global response to the coronavirus pandemic has shown him that a worldwide plan on this scale is possible.

"If we could apply a similar decisiveness toward the climate crisis, I think we could deal with it much more impactfully and much quicker than we imagine possible today," Ingels said. 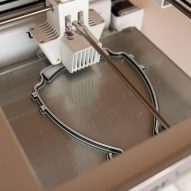 A unified and planet-wide approach is crucial, he believes, and architects, rather than politicians or activists, have the skills and knowledge to put together a working plan.

"The environment doesn't care about party politics or about outdated ideologies," said Ingels.

Central to Masterplanet's thesis is the creation of a single power grid to supply every country with renewable energy, thereby solving the current problem of inconsistent supply. With all the solar panels in the world linked up, the daylight side of the planet could power the night side ad infinitum, Ingels suggested.

Plastic waste recycling plants would need to be planned on a national scale for countries such as the US. For communities already under immediate threat from rising seas, floating cities could be built to house them.

Ingels braced for "all kinds of criticism"

Ingels told TIME he is aware that attempting the project will generate "all kinds of criticism" but rather than assuming his practice, BIG, will get all the contracts, he and his team want Masterplanet to serve as a guidebook and not an instruction manual.

"We believe it could be a useful tool to accumulate initiatives in a practical, pragmatic way," said Ingels.

"And instead of complaining about why no one is doing it, we thought, okay, let's just start doing it. It'll only have an impact if enough relevant entities think it's useful and want to contribute and collaborate and criticise." 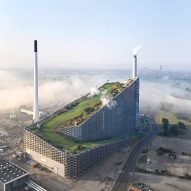 Ingels plans to publish the first draft of Masterplanet next year.

BIG confirmed to  TIME that the practice envisions Masterplan being turned into a 10-part documentary series to educate the public, with Ingels as the host.

The firm's founder recently starred in a feature-length documentary about the practice's work, and in an eight-part Netflix documentary series about design.

Recently the Danish firm completed Copenhagen's waste-to-energy power plant that's topped by a dry ski slope, and released a futuristic masterplan for a city built on artificial islands in Malaysia.

Main image is from the BIG Time documentary.