The adaptation of an Oscar Niemeyer-designed house in Lebanon and a circular school in Iran are on the 20-strong shortlist for the Aga Khan Award for Architecture 2022.

Projects from 16 different countries are vying to win this year's prize, which celebrates "the needs and aspirations of communities in which Muslims have a significant presence".

The illustrious Aga Khan Award for Architecture is a triennial award established by Muslim spiritual leader Aga Khan in 1977. The prize is now in its 15th cycle.

All 20 shortlisted projects are now in the running for a share of the one million dollar prize (£799,000), which is one of the largest in architecture.

A stand-out theme in of the 2022 shortlist was adaptive reuse, with projects including East Architecture Studio's transformation of the Niemeyer Guest House in Lebanon into a production facility and the renovation of Manama Post Office in Bahrain by Studio Anne Holtrop.

Others are a converted brewery in Iran by ASA North, the overhaul of an abandoned 19th-century ginnery in Turkey by Sayka Construction Architecture Engineering Consultancy and the restoration of the brutalist Flying Saucer in the UAE by SpaceContinuum Design Studio.

Buildings for education also feature prominently on the list, with the Jadgal Elementary School in Iran by DAAZ Office and the CEM Kamanar Secondary School in Senegal by Dawoffice both shortlisted.

Elsewhere, RMA Architects made the shortlist for its Lilavati Lalbhai Library at CEPT University in India, alongside a school for adults in Sri Lanka designed by Feat.Collective to allow locals to learn craftsmanship skills.

Among the residential projects on the list is an adaptable dwelling prototype in Indonesia by ETH Zurich and the narrow Aban House in Iran by USE Studio.

AGi Architects' 13-storey Wafra Wind Tower apartment block in Kuwait also made the cut, alongside Niamey 2000 – a housing prototype for Niger by United4design. 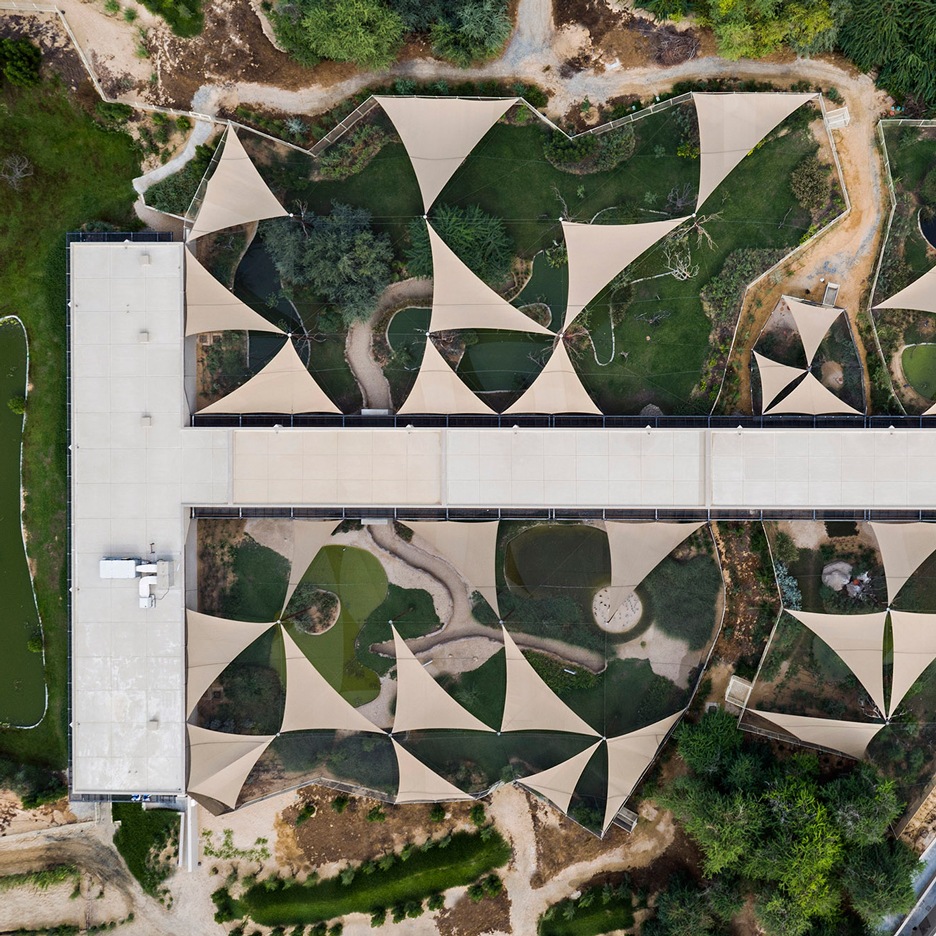 Winners of the Aga Khan Award for Architecture 2019 announced

Enhanced public spaces are also celebrated in the shortlist, with examples including a community-driven project called Urban River Spaces in Bangladesh by Co.Creation.Architects.

The other shortlisted projects include community spaces in world's largest refugee camp in Bangladesh by Rizvi Hassan, Khwaja Fatmi, Saad Ben Mostaf; Blimbingsari Airport in Indonesia by Andramatin; the Issy Valley Improvement in Morocco by Salima Naji and Inside Outside; and the Tulkarm Courthouse in Palestine by AAU Anastas.

A Rachid Koraïchi-designed memorial and graveyard in Tunisia that honours migrants who died whilst crossing the Mediterranean is the final project on the list.

The 20 shortlisted entries are now on display in an exhibition in King's Cross in London until 30 June. They were selected from a pool of 463 schemes by an independent master jury including architects Lina Ghotmeh, Francis Kéré and Anne Lacaton.

The Aga Khan Award for Architecture is overseen by a steering committee chaired by Khan and including architects David Chipperfield, Marina Tabassum, Emre Arolat of EAA and Meisa Batayneh of Maisam Architects.

In 2019, there were six winning projects including a bamboo preschool, a Palestinian museum and a nature reserve built on an old rubbish dump.

Scroll down for the full 2022 shortlist:

The photography is courtesy of Aga Khan Trust for Culture.