Global heritage body UNESCO has reported that 143 culturally significant buildings have been damaged in Ukraine since the Russian invasion began in late February.

As of 8 June, the UN agency had verified damage to 143 sites across Ukraine caused after Russian troops crossed the border on 24 February.

They are located in nine regions across Ukraine, mostly in the east of the country but also as far from Russia as Zhytomyr, which is 140 kilometres west of Kyiv. 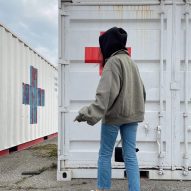 Among the damaged sites are memorial monuments to villagers and workers who died in the second world war in the Kyiv region, the Assumption Cathedral in Kharkiv and the Popov Manor historical and architectural museum in Zaporizhzhya.

UNESCO is currently conducting a preliminary damage assessment for "cultural properties" in Ukraine by cross-checking reported incidents with multiple sources including satellite images. It will regularly update the data.

"Cultural property" is a specially defined term under Article 1 of the 1954 Hague Convention for the Protection of Cultural Property in the Event of Armed Conflict.

It refers to "movable or immovable property of great importance to the cultural heritage of every people, such as monuments of architecture, art or history, whether religious or secular" and is not determined by the origin, ownership or national status of sites. 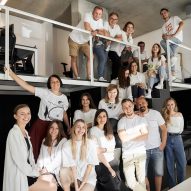 No World Heritage Sites in Ukraine appear to have been damaged to date, UNESCO said.

UNESCO is also working with its partner organisations on developing "a mechanism for independent coordinated assessment of data in Ukraine, including satellite image analysis, in line with provisions of the 1954 Hague Convention". A full list of the damaged cultural sites is here.

In March, UNESCO and international conservation group Docomomo said they were "deeply concerned" about the destruction of heritage buildings in Kharkiv, with the latter estimating that at least 30 sites in the city had been destroyed or seriously damaged.