The battery, which stores heat within a tank of sand, is installed at energy company Vatajankoski's power plant in the town of Kankaanpää, where it is plugged into the local district heating network, servicing around 10,000 people.

The company behind the technology, Polar Night Energy, says it helps to solve one of the key obstacles in the transition to full renewable energy: how to store it for use during times when the sun isn't shining or wind isn't blowing, and particularly for use in the wintertime when demand is high.

"The only problem with them is that you can't really choose when it's produced."

"Even even if we dug out all the lithium in the world, we couldn't build batteries big enough to accommodate all the fluctuation in renewable energy production," Ylönen added.

Polar Night Energy's sand battery stores heat for use weeks or even months later. It works by converting the captured renewable electricity into hot air by using an industrial version of a standard resistive heating element, then directing the hot air into the sand.

The heat transfers from the air to the sand, which ends up at temperatures of around 500 to 600 degrees Celsius and retains that heat well. To unlock it for use, the process is reversed and the hot air funnelled into a heating system used for homes or industry.

According to Ylönen, the process is low-cost – sand is inexpensive so the main costs are related to equipment and construction of the steel storage tank. 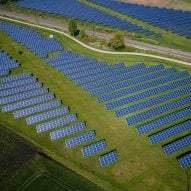 It is also low-impact, with the only substantial greenhouse gas emissions being embodied emissions from construction and the transport of sand, which should come from a location close to the battery site.

And although there is a sand shortage related to the material's use in concrete and glass, Ylönen says the battery does not require this kind of fine-grain, high-quality sand.

Instead, they can use sand rejected by the construction industry, or even alternative "sand-like materials", of which Polar Night Energy already has several contenders.

The Kankaanpää battery is four metres in diameter, seven metres high and contains 100 tonnes of sand, but Polar Night Energy envisions future batteries being 20 metres across and 10 metres high.

This should give the battery one gigawatt hour of storage capacity, which is equivalent to one million kilowatt hours (kWh). The average UK home uses 1,000 kWh of gas and 240 kWh of electricity per month.

Several sand batteries of a standardised size could be placed around larger cities to service larger populations. 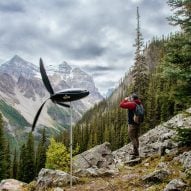 The sand battery would most likely only be used to provide heat and not electricity due to the inefficiency of the conversion process, but according to Ylönen, the world's heating needs are great enough to justify having separate storage systems.

"The heating sector is something like one quarter or one third of the emissions of the world," said Ylönen. "Along with the transportation and food industries, it's among the largest sectors in terms of global warming."

The urgency of transitioning to renewable energy has increased with the Ukraine war, which has led to spiralling energy costs and has revealed Europe's dependence on Russian oil and gas.