The way our homes are designed is intrinsically linked to domestic power struggles, write Charles Holland and Margaret Cubbage.

What is the relationship between architecture and power? How can buildings – inert piles of stone and steel, glass and concrete – exert power over us?

The obvious place to look might be examples that clearly aim to control or confine us, such as prisons. Alternatively, power may be found in buildings for political institutions or corporate HQs. There is, however a subtler realm in which architecture exerts control over our lives. That place is one that almost all of us experience: the ordinary domestic spaces that we inhabit every day.

What can such spaces say about power? Surely the rooms in which we live, eat and sleep are an escape from the hierarchies of the workplace or our increasingly CCTV-controlled public spaces? The home is associated with being a place of refuge but also somewhere to connect, or disconnect from the outside world.

As innocent as they may appear, our homes shape our lives and inform the dynamics of our social relations. They manifest mechanisms of power via relationships of gender, class and age. Why do we separate functions into separate rooms? Why are some spaces more private than others? These questions are of course culturally specific. Not all societies organise their houses in the same way. And what might seem like an ordinary convention to some might be an unimaginable luxury to others.

Radical Rooms, an exhibition currently running at the Royal Institute of British Architects' (RIBA) Architecture Gallery, explores this knotty subject, examining the micro-territories of our homes. It begins with the plan – the most basic of architectural drawings – and examines the way that the arrangement of rooms in our houses reflects the way that individuals, couples, groups and families organise themselves. 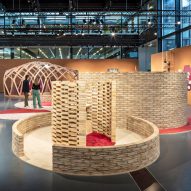 The exhibition focuses on a history of housing in the UK, mining the RIBA Collection of drawings to find examples where traditional power relations have been subverted and where new ways of living have emerged as a result.

It also looks at the characters behind the buildings, revealing figures within architectural history that have not always been acknowledged or accurately documented.

Gender relations are inscribed in the plans of our houses. This is a question of both how spaces are organised – think of traditional male preserves such as the study or the historic association of women with kitchens – and of who owns and authors them. The history of famous houses is often also a history of the famous men who designed them, or the men that wrote about them.

Radical Rooms shifts that focus instead onto houses that were designed, commissioned or curated (and sometimes all three) by women. In doing so it draws on the work of important historians including Lynne Walker, Elizabeth Darling and others.

Houses are innately collaborative ventures. We share them and they are extended and added to over time. The history of architecture though is largely a history of individuals, of single authors and buildings preserved as static objects. Prior to the development of discrete roles for architects, clients and builders however, authorship was less clear. This ambiguity might well have allowed (admittedly wealthy) women who were otherwise formally disempowered from designing buildings to exert a powerful influence on the development of architecture.

Take A La Ronde, an eccentric, sixteen-sided house built on the Devon coast in the late 18th century. The house was built for two female cousins, Jane and Mary Parminter, but its authorship has been the subject of much debate. Keen to find a male architect, historians have traditionally plumped for John Lowder, the son of a relative who would have been just 17 when the house was completed. It is more likely that the house was a collaboration between Lowder and the cousins, who had just returned from a Grand Tour of Europe's classical architecture.

The degree to which Jane and Mary Parminter designed the house might be unclear, but their unique way of occupying it wasn't. Arranged in plan like a clock face, the cousins moved around the house during the day, following the path of the sun. When they died they stipulated that it be left only to unmarried women, an explicit rejection of the patriarchal system of male inheritance. A man eventually did come to live in the house and, revealingly, he was responsible for drastic changes to both its layout and appearance.

The design of Hardwick Hall, an Elizabethan mansion in Derbyshire, is generally ascribed to Robert Smythson. The house was commissioned though by Bess of Hardwick, an immensely wealthy 16th-century aristocrat. Her involvement in the design of her house, the fourth that she commissioned, extended well beyond the role of client as it is currently conceived. Principles of the house's layout, its material choices and decorative scheme reflect Bess of Hardwick's intense involvement.

Prejudices around authorship have continued into the current era. Take Team 4, a well-known but short-lived collaborative practice from the 1960s that consisted of three women and two men. The subsequent fame of the men – Richard Rogers and Norman Foster – has tended to eclipse the role of the women – Wendy Cheesman, Su Brumwell and Georgie Wolton.

Wolton was the most short-lived member and the only fully qualified architect of the group at the time. She subsequently designed Field House, a radical, steel-framed, open-plan residence that has remained somewhat below the radar of architectural history ever since.

Field House pursued an interest in dissolving boundaries within the home as well within the discipline of architecture. Its interior was conceived largely as a single, fluid space with minimal separation. The exterior walls were entirely made of glass so that the interior merged with the external landscape. Intriguingly, the house is currently described as dismantled rather than demolished, reflecting an interest in adaptability and moveability on the part of its designer.

This blurring of uses and of the inside and outside also manifests itself in the Hopkins House in north London, designed in the mid-1970s by Patty and Michael Hopkins. Originally used as their office as well as their home, the house has no corridors and minimal separation of functions. The combination of its delicate steel structure and Venetian blinds helps to subtly delineate the different zones of family and work-life within the home. 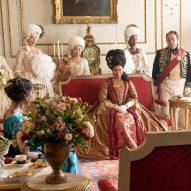 Some 50 years before, in 1926, Eileen Gray designed an apartment in Paris that consisted solely of moving screens and metallic curtains. The remarkably innovative interior, designed for her sometime lover Jean Badovici, also rejected the discrete division of domestic space into separate functions in favour of a dynamic internal landscape that could be re-made every day.

Radical Rooms looks not only at power within the plan but at who gets to design those plans. The exhibition provides a platform for the exposure of (mainly) overlooked women designers and architects, revisiting the ways in which women influenced design prior to formalised architectural education. It deconstructs the domestic plan and exposes it as something intimately bound up with the power structures in which we live.

Radical Rooms: Power of the Plan is free to visit and will run throughout July and between 5-24 September at the 66 Portland Place in London. For more information, see Dezeen Events Guide.

Charles Holland is a professor at the University of Brighton, the principal of Charles Holland Architects and a former director of London studio FAT. Margaret Cubbage has been curating design and architecture exhibitions for 15 years.

The top photo is by Gareth Gardner, courtesy of the RIBA.